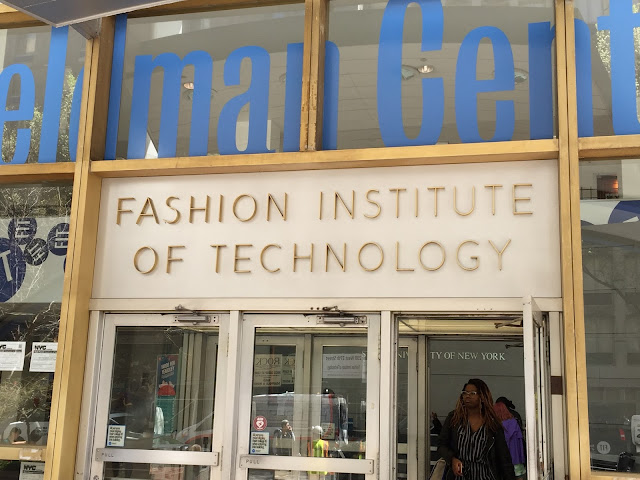 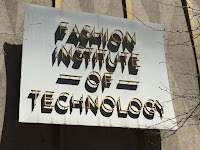 Sarah is a student at the Fashion Institute of Technology (FIT) in New York City. At the end of April, they had an exhibit of garments designed and made by students in Sarah's program. Once I learned that Sarah's creation was going to be on display, I explored how I could get there. I was very lucky to already have a trip east scheduled for that time. I learned it is possible to travel directly between Lancaster, PA and NYC via Amtrak! 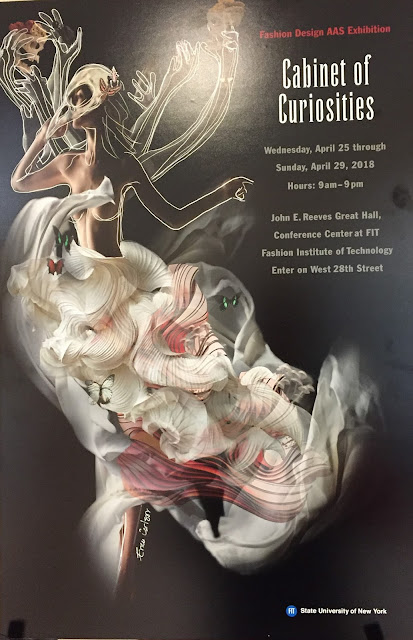 Cabinet of Curiosities was the theme of the assignment.

There are a lot of students at FIT. Only some designs were chosen to be on display. 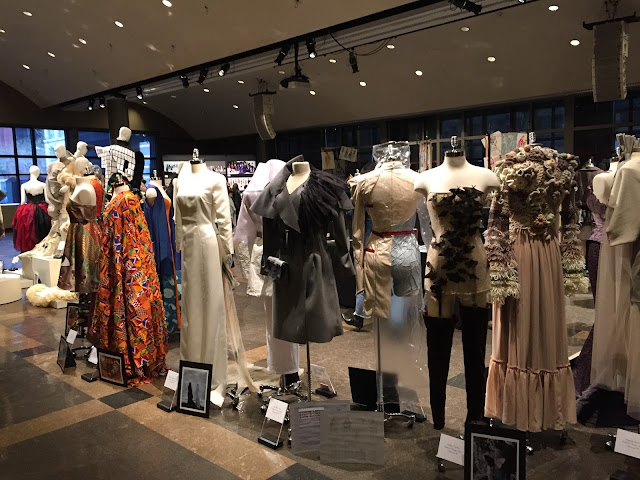 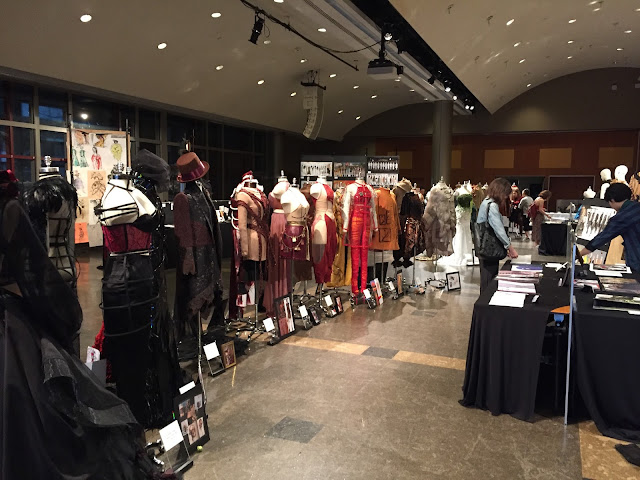 And now to showcase my favorite: 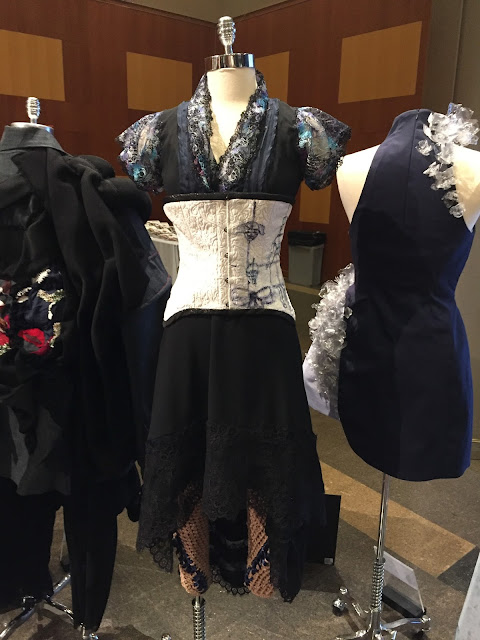 The designers described their inspiration on cards next to their garments.


Beware the stare of Mary Shaw
She had no children, only dolls
And if you see her in your dreams
Make sure you never, ever scream 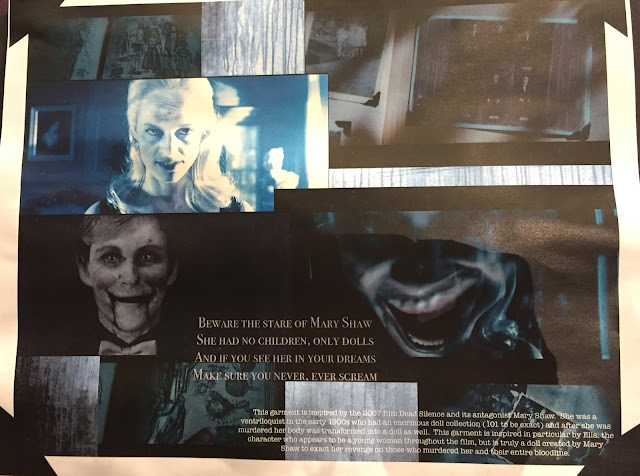 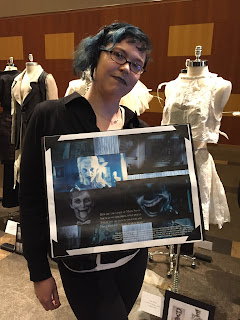 The small type above says:
This garment is inspired by the 2007 film Dead Silence and its antagonist Mary Shaw. She was a ventriloquist in the early 1900's who had an enormous doll collection (101 to be exact) and after she was murdered her body was transformed into a doll as well. This garment is inspired in particular by Ella, the character who appears to be a young woman throughout the film, but is truly a doll created by Mary Shaw to exact her revenge on those who murdered her and their entire bloodline.


now for some close-ups:


Sarah painted parts of dolls on the corset. 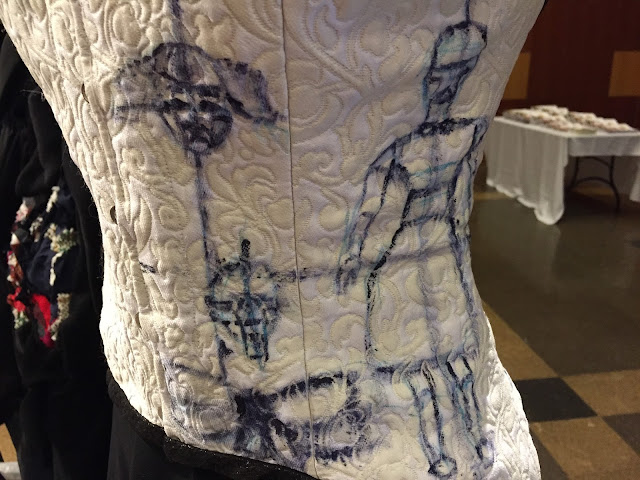 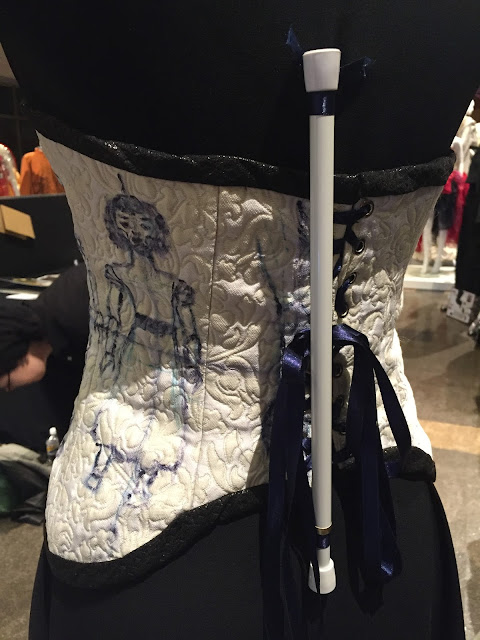 Every designer had a card with their garment, exhibit information and business card. I opted to cut off Sarah's contact information. It isn't mine to distribute. 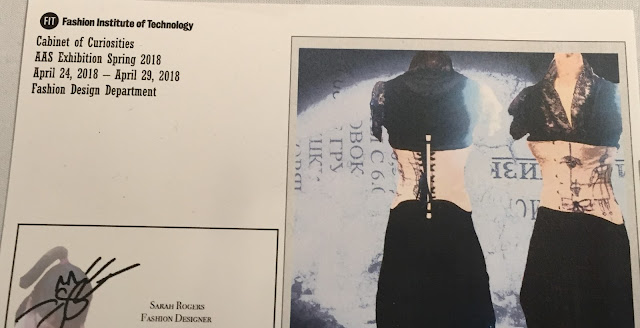 Sarah is going to continue at FIT; therefore, I believe I will have more opportunities to visit and see exhibits. I look forward to that!