Once again, business called summoning Tom to a big meeting. This time, the spouses were also invited. Lucky me! I was headed to Dublin, a place I'd never been before and was very willing to go. The company trips are always first class. I had one day to explore on my own before the planned activities began. I've met two Irish women in Switzerland who gave me some suggestions of sites to visit. My choices were spots that I would not see on the company excursions. I'll do my best to remember accurately since this trip was in November.  (And by the way, I didn't hear anyone say top o' the mornin')

First stop, Kilmainham Gaol. A guided tour of the jail provided some Irish history most of which I cannot repeat now, but found interesting. The jail was unique in its time for having prisoners in separate rather than communal cells playing an important role in controlling the spread of disease. During the famine years, people actually committed minor crimes with the goal of being imprisoned. In the jail, they were guaranteed food. Although meager, it was better than nothing. We saw where prisoners were executed:  hangings above the front door or once indoors and firing squad at the end of an interior courtyard. The tour was a bit gruesome, but well done.

The spiral staircase was for the prisoners - slow going and impossible to sneak up on anyone. The guards used the straight stairs.

Across the way is Kilmainham Hospital, now a modern art museum. I only saw it from the outside and walked through the grounds. 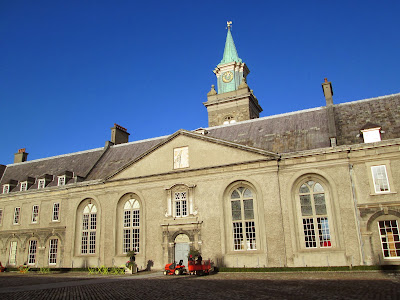 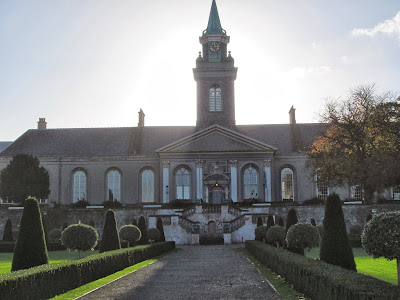 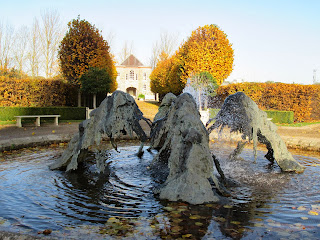 This looks like a zombie fountain in the garden! What do you think, Karen?

My personal walking tour took me past St. Patrick's Cathedral which I found much less appealing than the cathedral by the same name in NYC. We didn't get to look inside when Tom and I came back together because it was being used for a graduation. 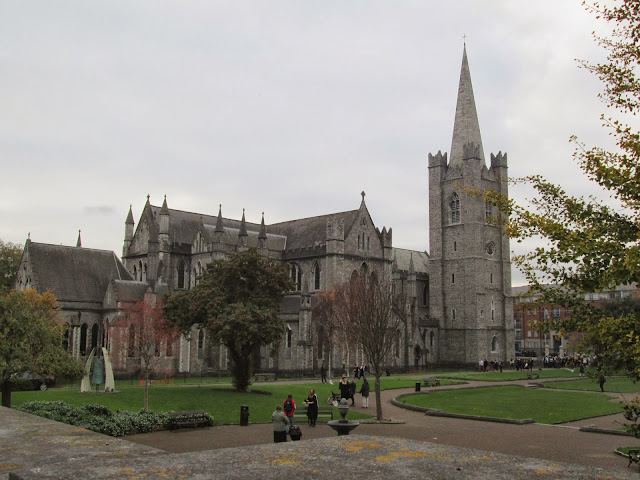 Another large church in Dublin is Christ Church. This one is protestant and you have to pay to go inside! 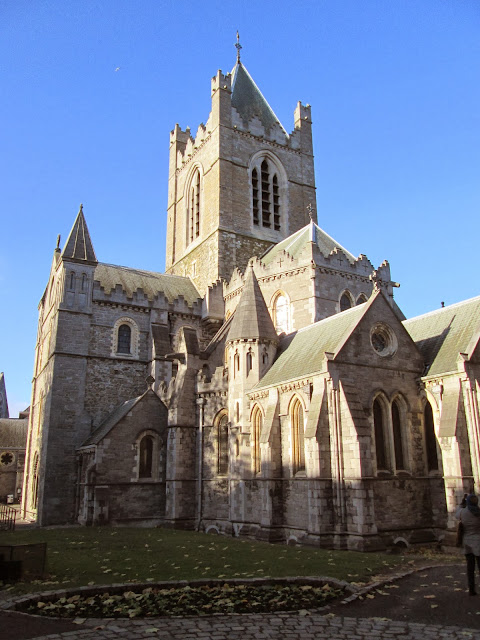 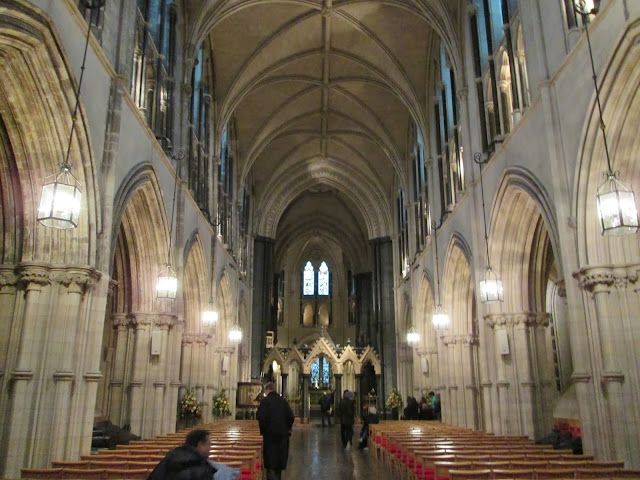 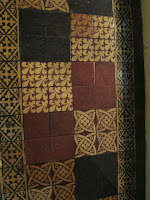 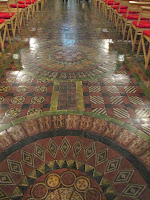 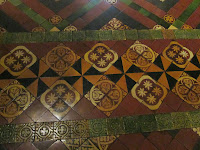 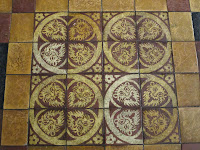 lots of pretty floor tiles showing off the Celtic patterns!

Trinity College is Dublin's most famous educational institution, but I admit, I had never heard of it before planning this trip! We didn't see it with snow, but the postcard offers a nice view of the inner campus. 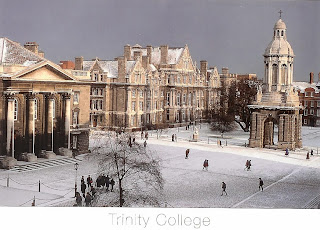 Trinity College is also home to the Book of Kells, an ornately decorated manuscript dating from 800AD.  Of course, no one is allowed to take pictures. The postcards below show pages that we were able to view. 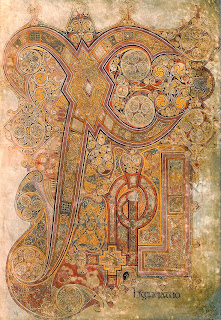 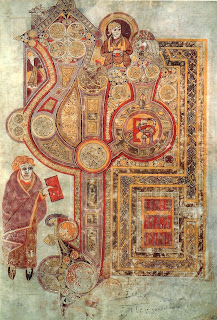 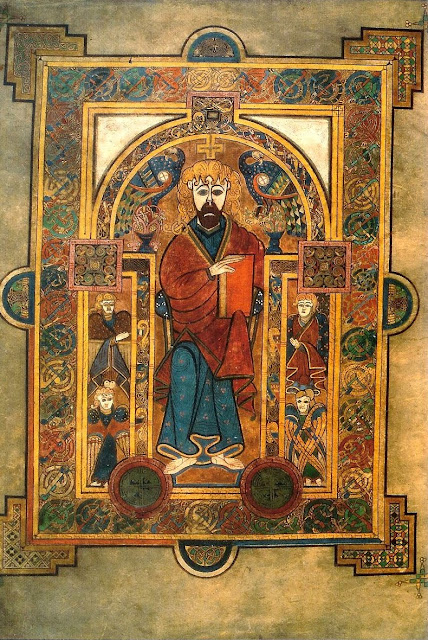 Anybody heard of Newgrange? I hadn't, but it predates Stonehenge!  It is thought to date from 3000 BC and to have been a burial tomb. Although the mound itself looks large, we had to duck to enter. The walkway is narrow with a low ceiling and the inner chamber is very small. The slight opening above the door is designed so that on the winter solstice, sunlight will illumine the inner chamber. We saw this re-enacted with electric light. 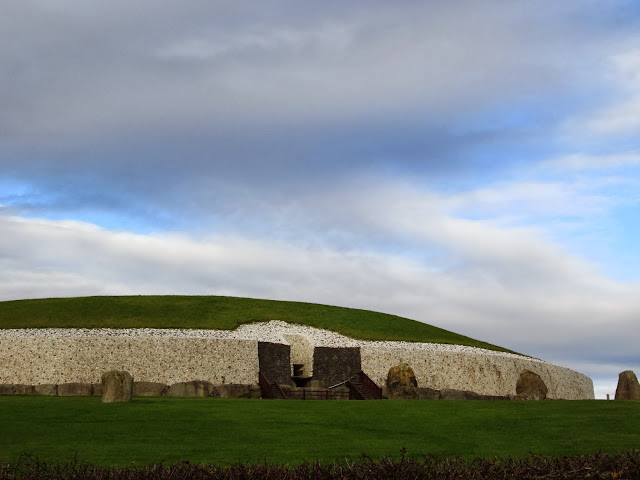 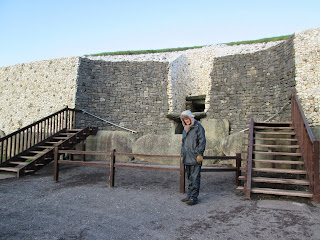 The tour guide's dress should give you a clue that it was plenty cold (windy also). Opening for light is visible above his head.


I've been to plenty of castles, but the second part of this excursion included another one. I didn't mind. They're all a little different. This one had ruins of an old chapel. It is also currently occupied although we didn't tour the rooms that the residents use. 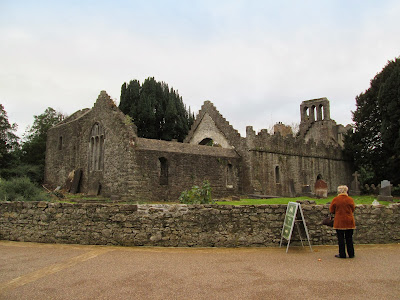 One of Zurich's evening events was at the Guinness Storehouse (plant or factory are probably better words). The local Irish women told me to be sure to have Guinness in Dublin because it doesn't travel well. Supposedly tastes better there than anywhere else. Well, that is no big compliment. I drank a couple of sips. Nope. Don't like it. 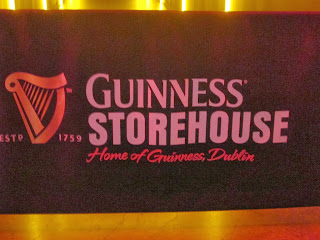 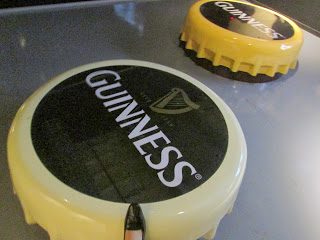 These look like bottle caps, but they're actually benches. My foot is in the picture to give you an idea of scale - not to show off my shoe.
Did you know fencing is one of the few sports that has been part of every summer Olympic games? I'm not sure what that has to do with Dublin, but a chance to give it a try was one of the choices. I decided to go for it. I'd never tried it and thought this would be my only chance. First, the instructor was surprised at our dress. "This is how you come?" We were not told to wear "sporting" clothes or sneakers. I thought they were going to give us the necessaries since we were told nothing. Wrong. I was glad I was at least casually dressed. I also spent the day in bare feet. Wearing just socks was too slippery and my shoes were not appropriate. I also discovered that fencing is hard! So many things to remember. It's also very hot inside the helmet! I can now say I did it and I have photos to prove it, but I haven't found a new love. 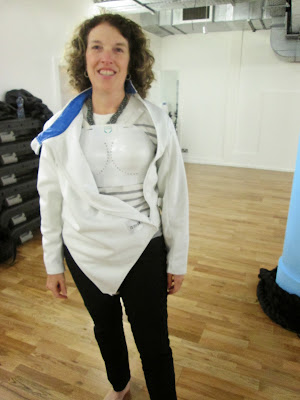 protective garments include a plastic "bra"


Part of the annual Leadership Team meeting is a black tie dinner-dance. Tom and I had a photo shoot to show you that we actually clean up pretty well. Sadly, we are not as good at taking "selfies" as the 20-somethings. All of the pictures are blurry so I'll leave it to your imagination.

For me, part of touring any city is people watching and street performers. 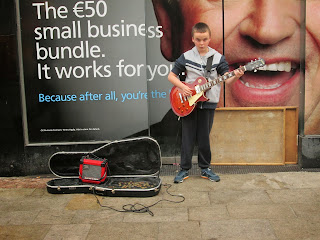 Is this the youngest street performer you've ever seen? I wanted to ask him where his parents were!

Ireland is well known for the potato famine. We toured a replica of the Jeanie Johnston ship. It was originally a ship bringing imports from the US and Canada. When the famine arrived, it had another source of income: transporting Irish folk to North America. Its claim to fame is having never lost one of its passengers! Conditions were certainly not comfortable, but they took precautions and always traveled with a medic on board. 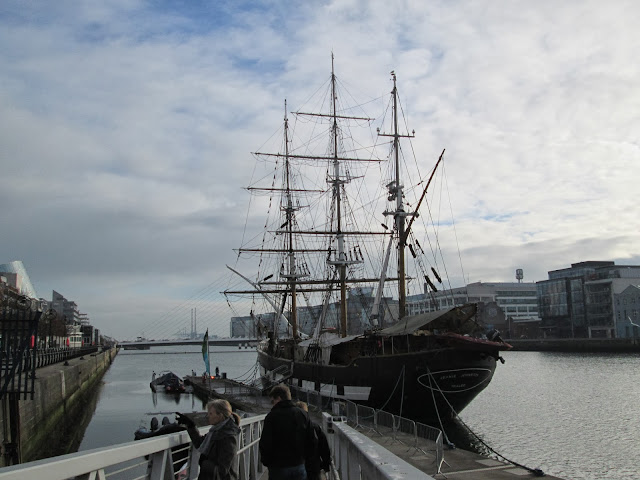 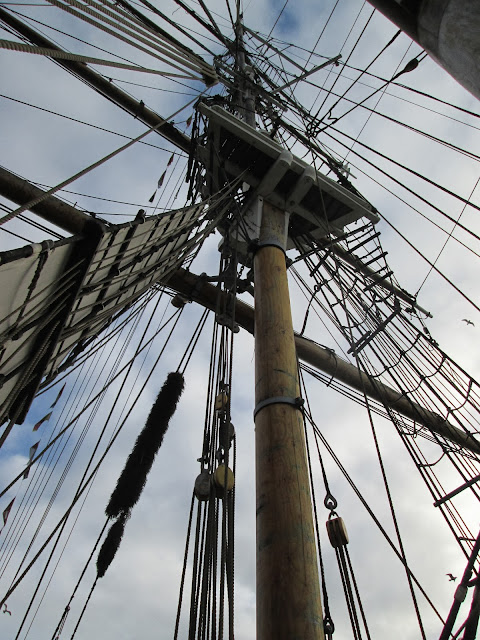 Here are a few other random sights from Dublin: 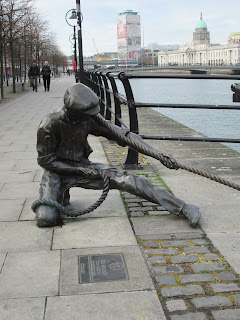 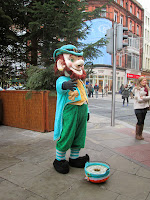 We thoroughly enjoyed Dublin and recommend it as a travel destination. The people are very friendly and with concentration, they can be understood. Cabbies were the most challenging. If you go to Dublin, you might be lucky and see a leprechaun! We saw two!