Within an hour's drive, we can be in Germany. Lots of our friends have gone to Konstanz, a little town on the German side of the Bodensee (Lake Constance). We decided it was time to check it out. Crossing the border is a simple process - just drive through. You must slow down in case a customs official wants to check your cargo, but most times you can drive on without delay. There used to be a fence along the border, but in 2006  the fence was removed. Twenty-two sculptures were put up in its place the following year. They are an abstract representation of the trumps of the tarot. 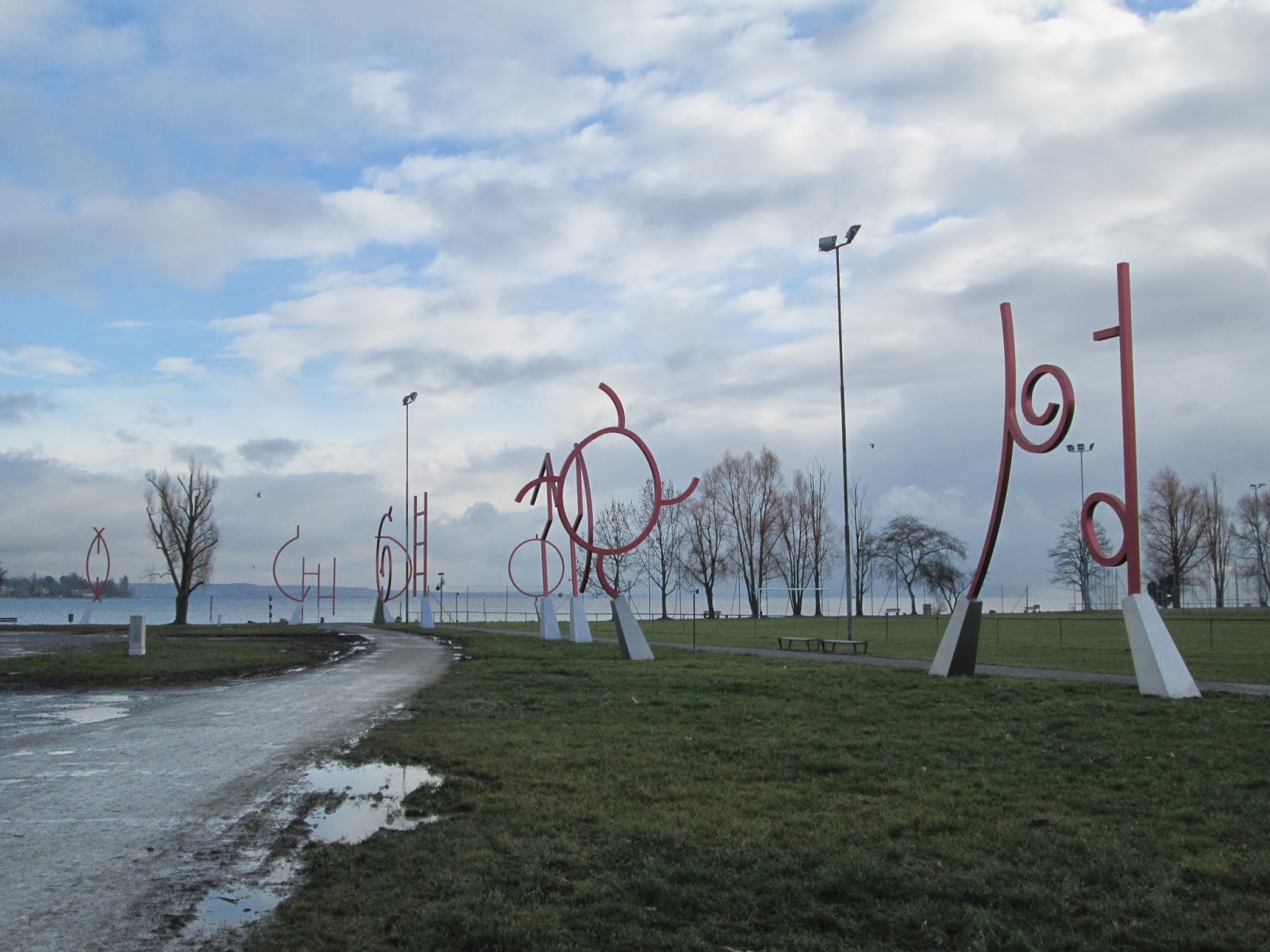 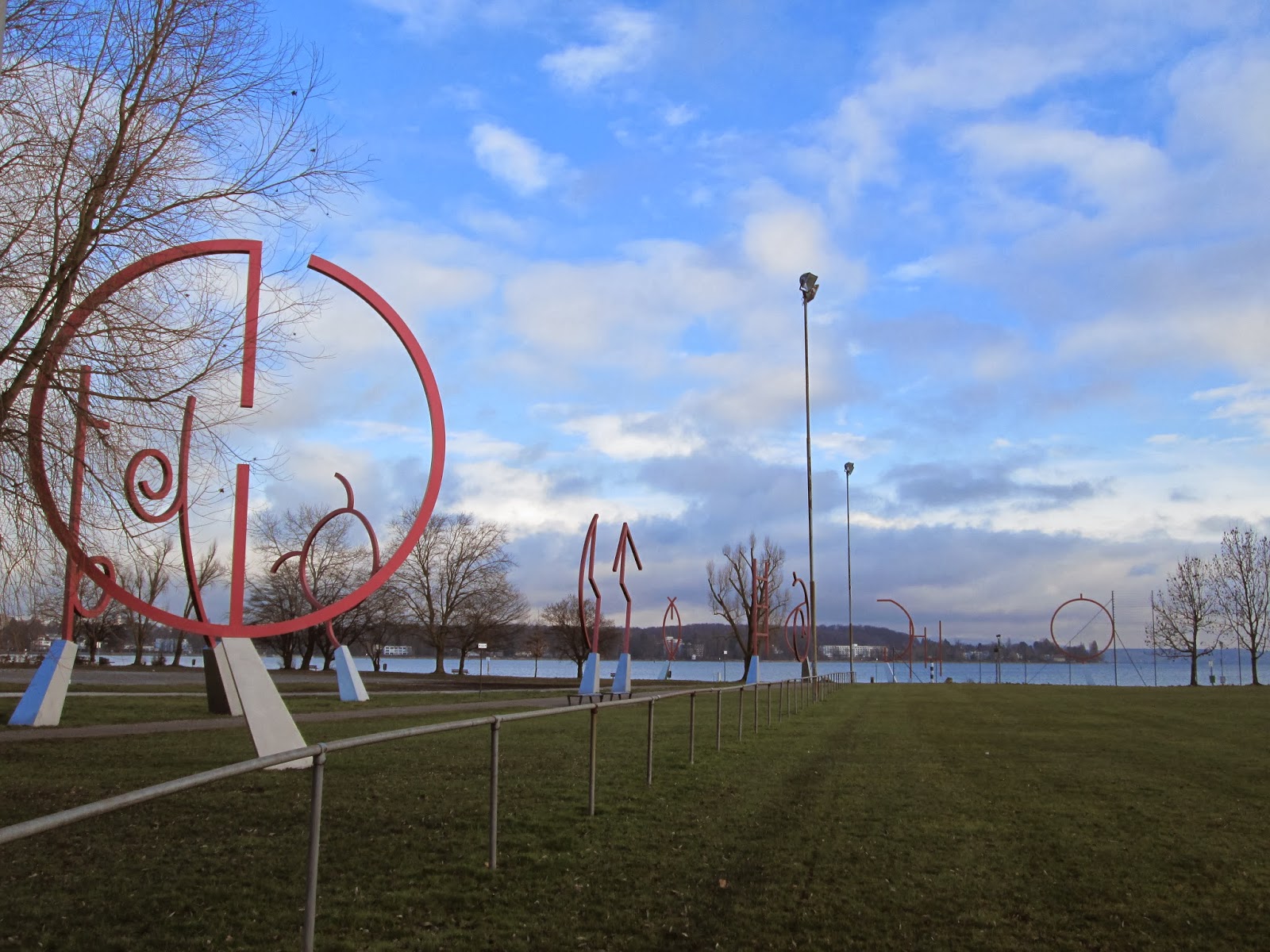 We discovered that Konstanz is not tremendously different than many Swiss (and probably German) villages. Its claim to fame, from our perspective, is being a retail mecca. Residents of Switzerland shop here because it's convenient and everything is cheaper in Euro-land. There are limits on what you are allowed to bring back into Switzerland, but many folks take a risk and bring more. Most often, they get through without a problem. The occasional fine is less than the money saved by regular shopping in Germany. We only bought a little meat and were well under the limit.

As long as we're here, I may as well give you a little photo tour of Konstanz. 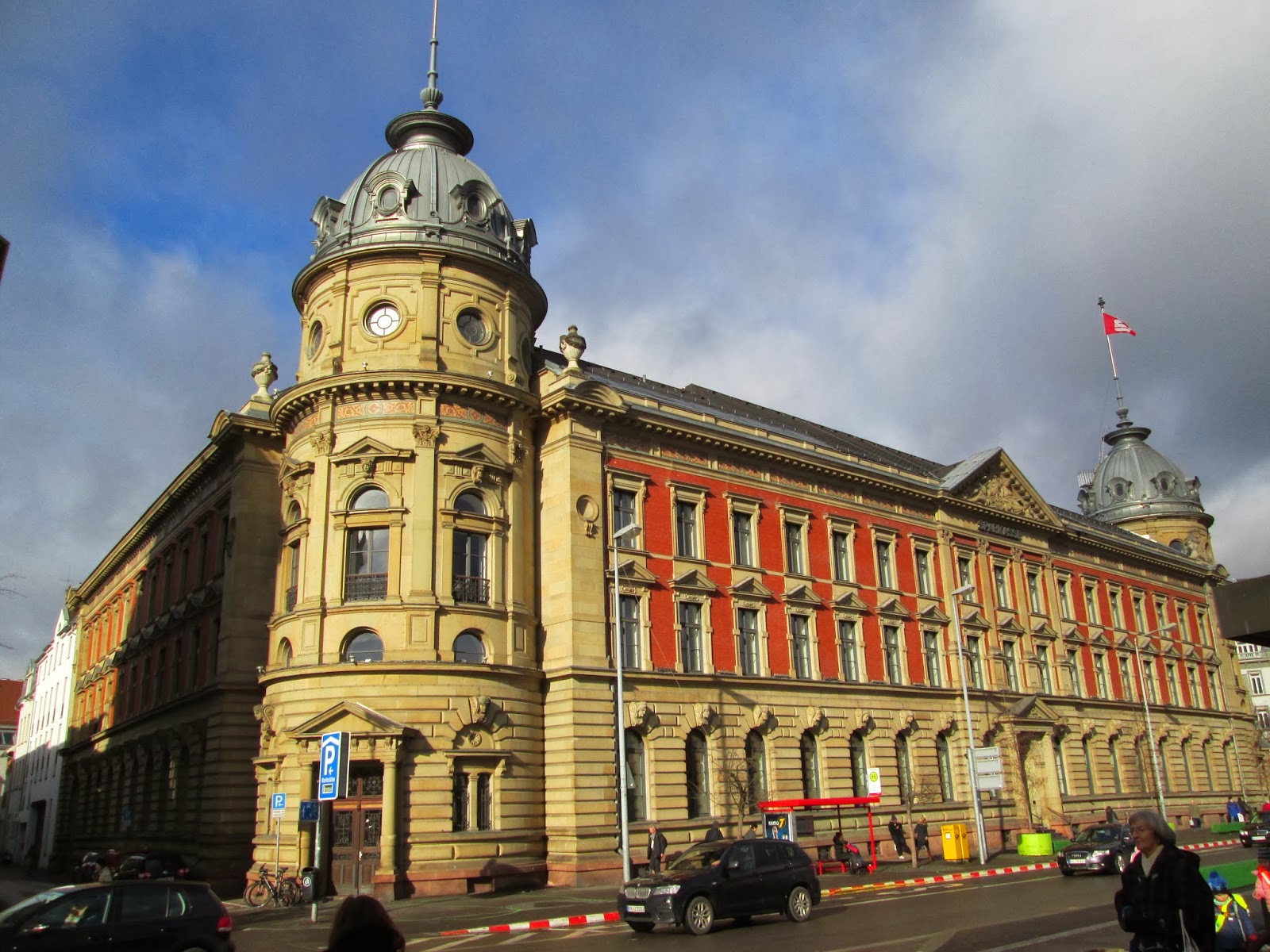 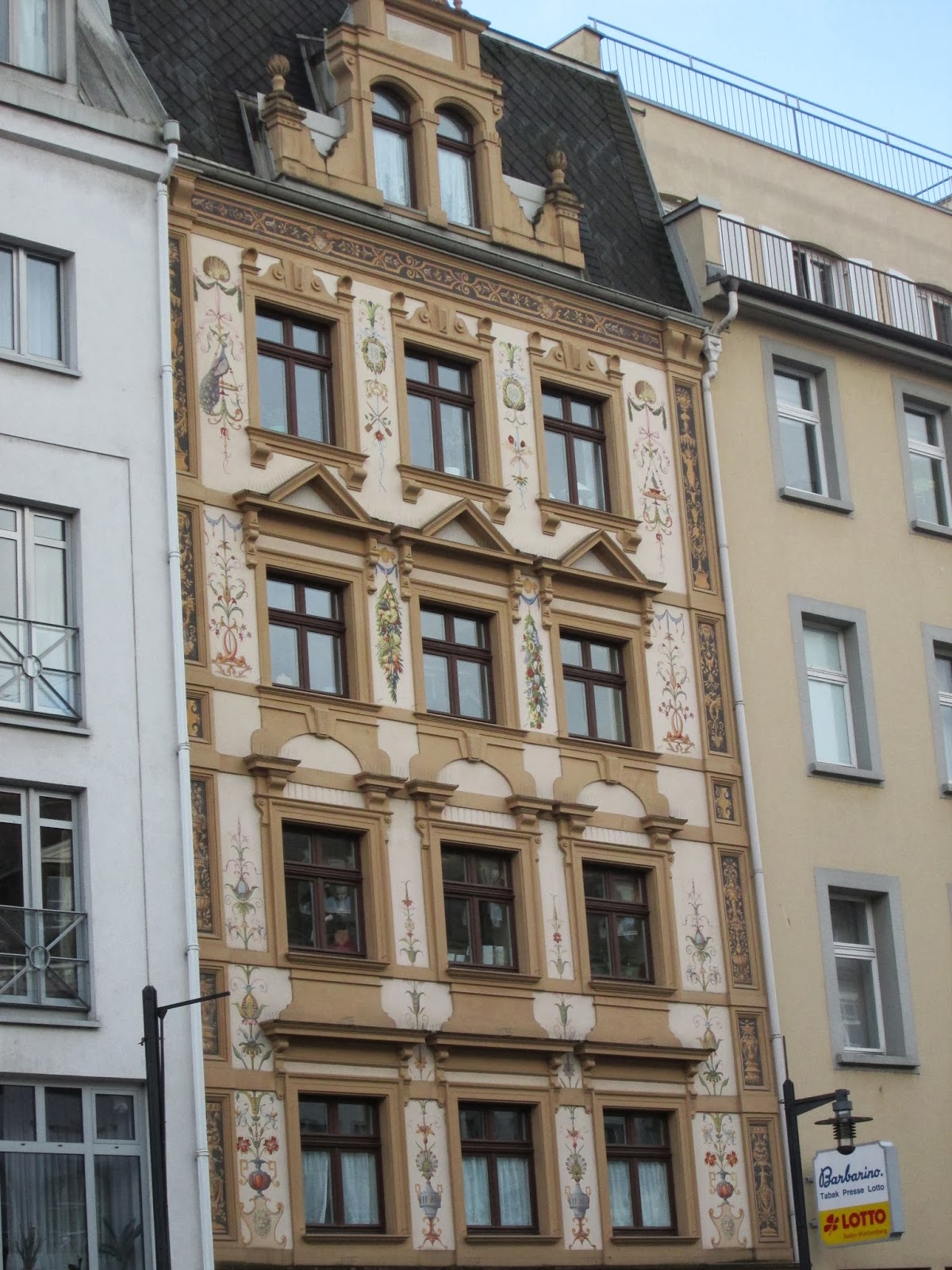 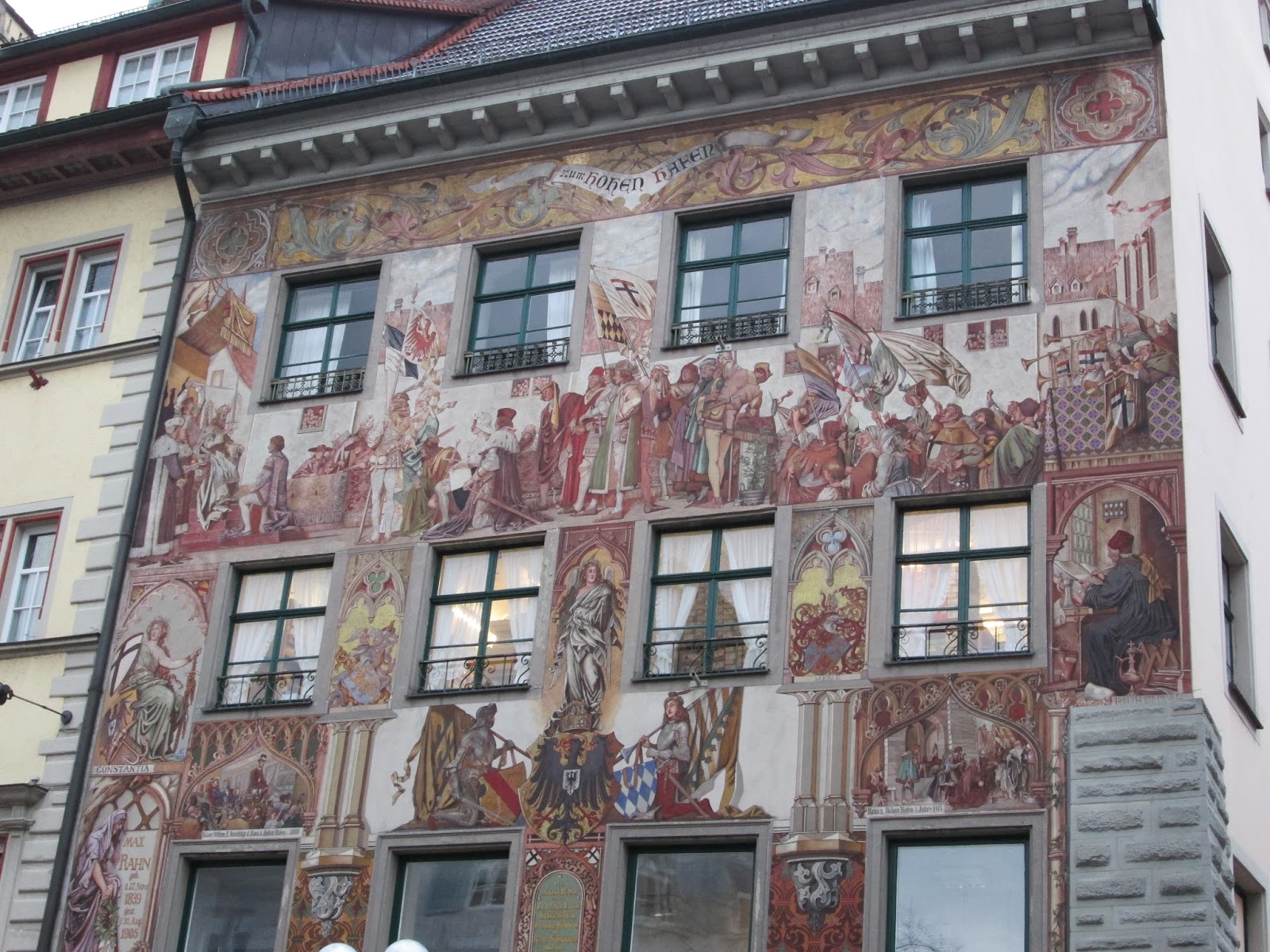 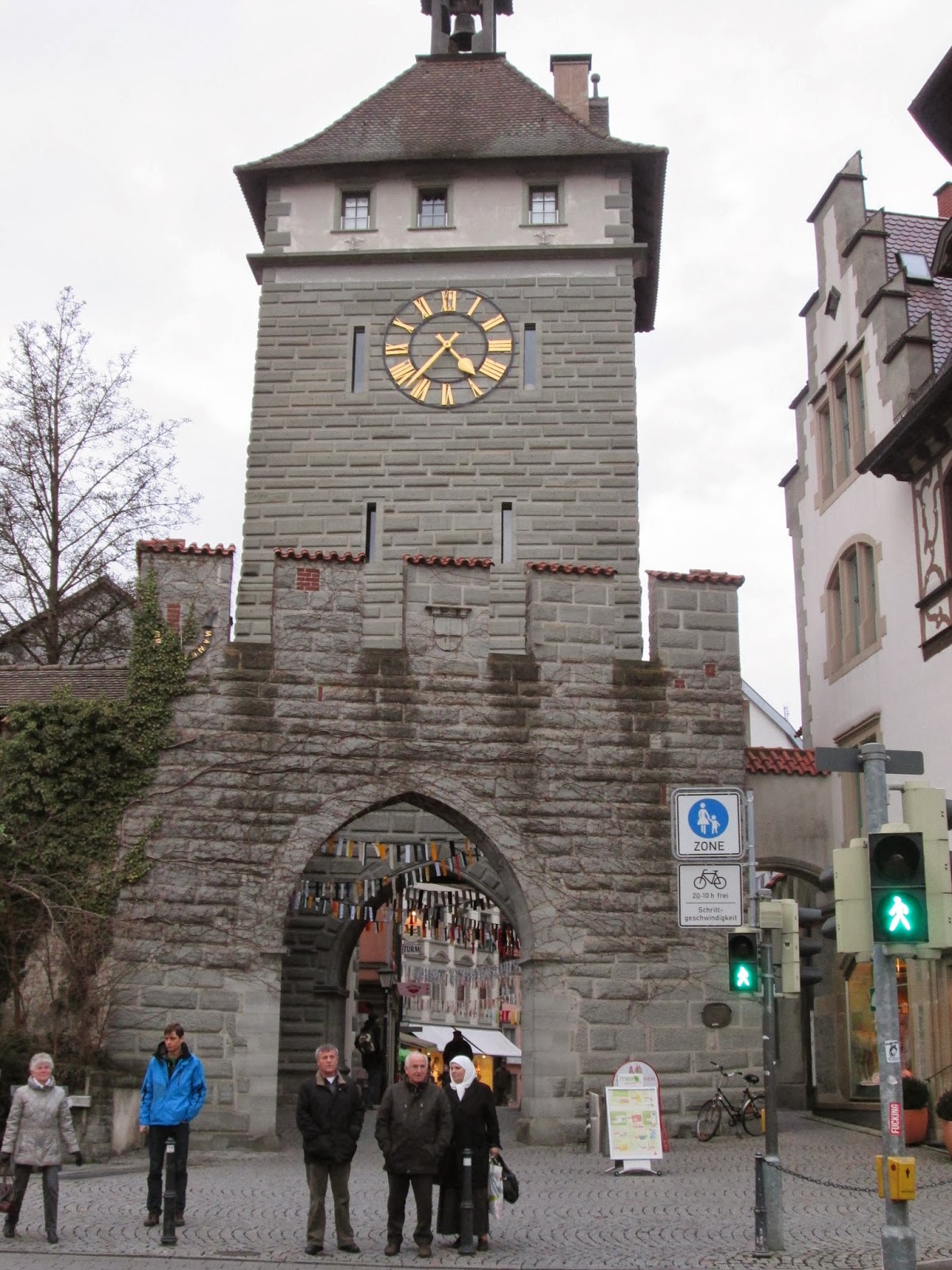 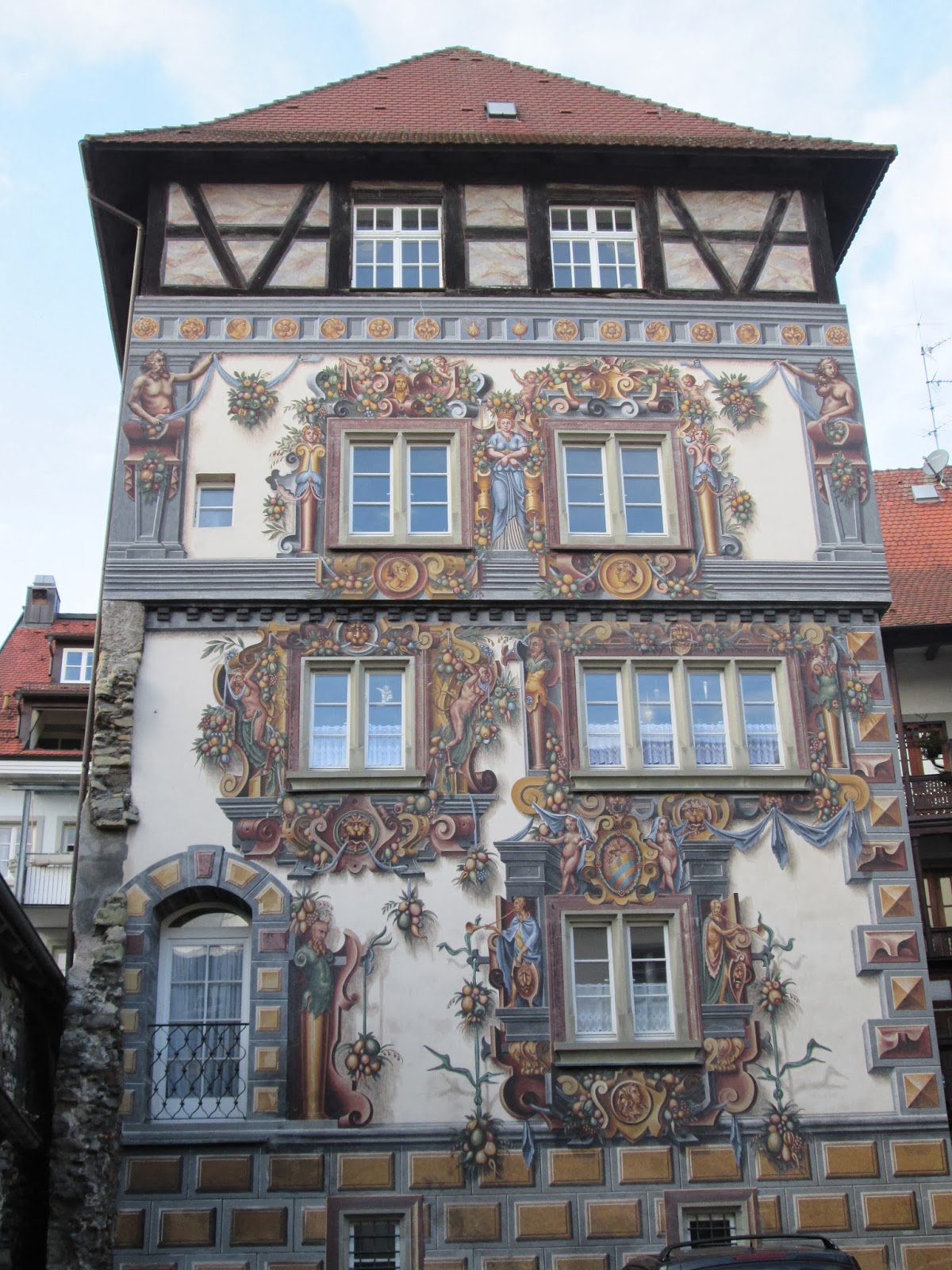 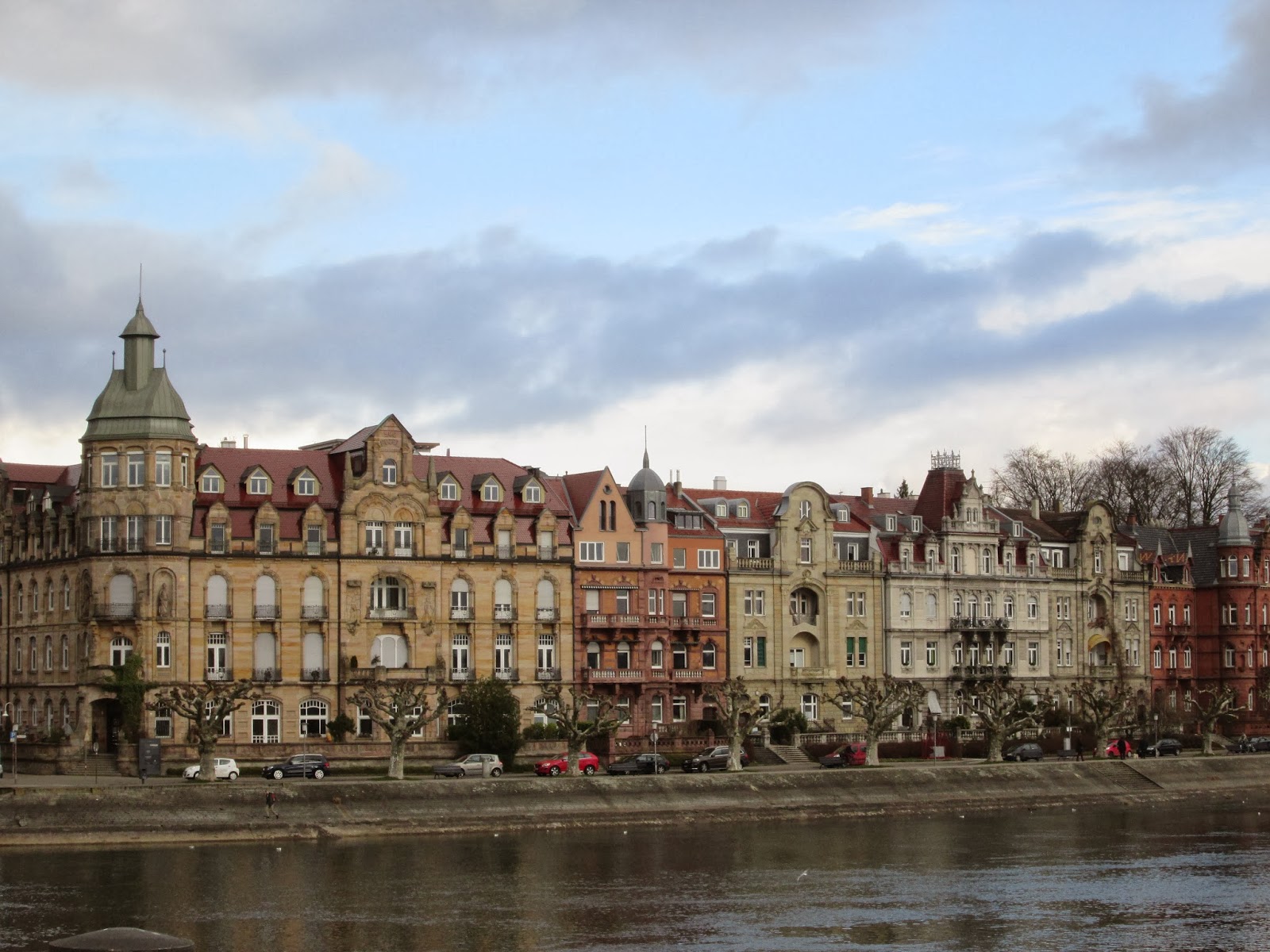 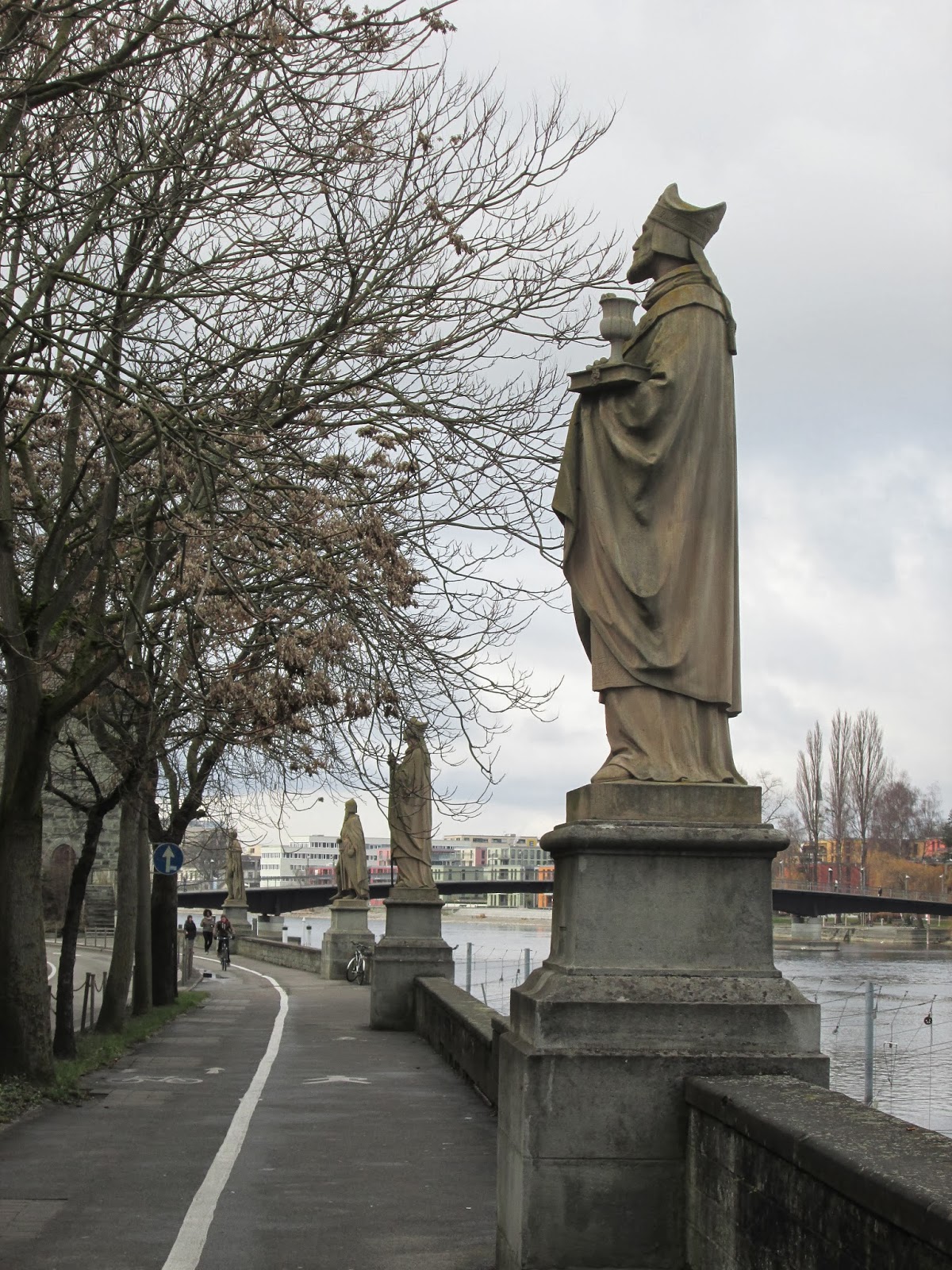 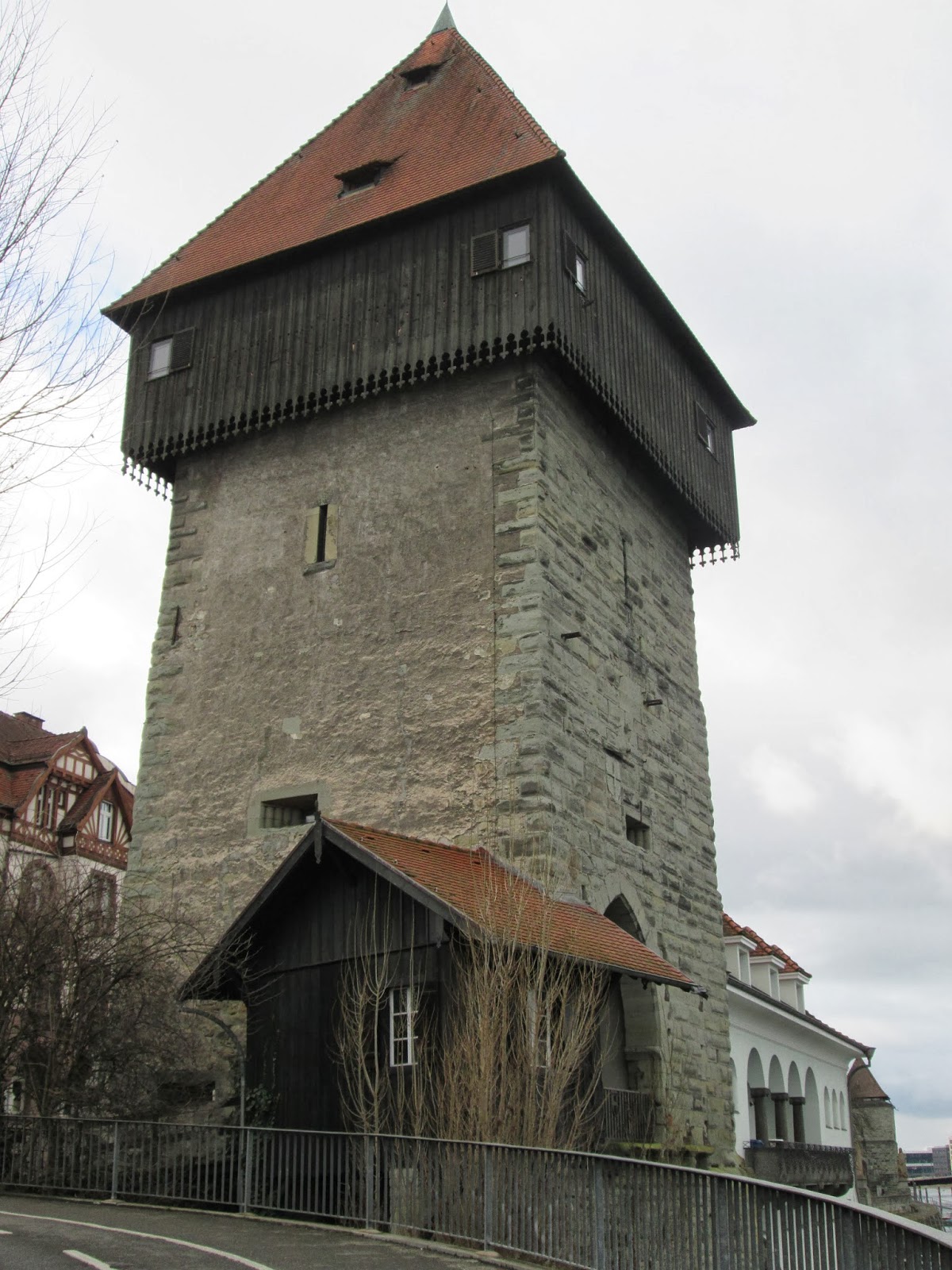 towers and statue border the street and water 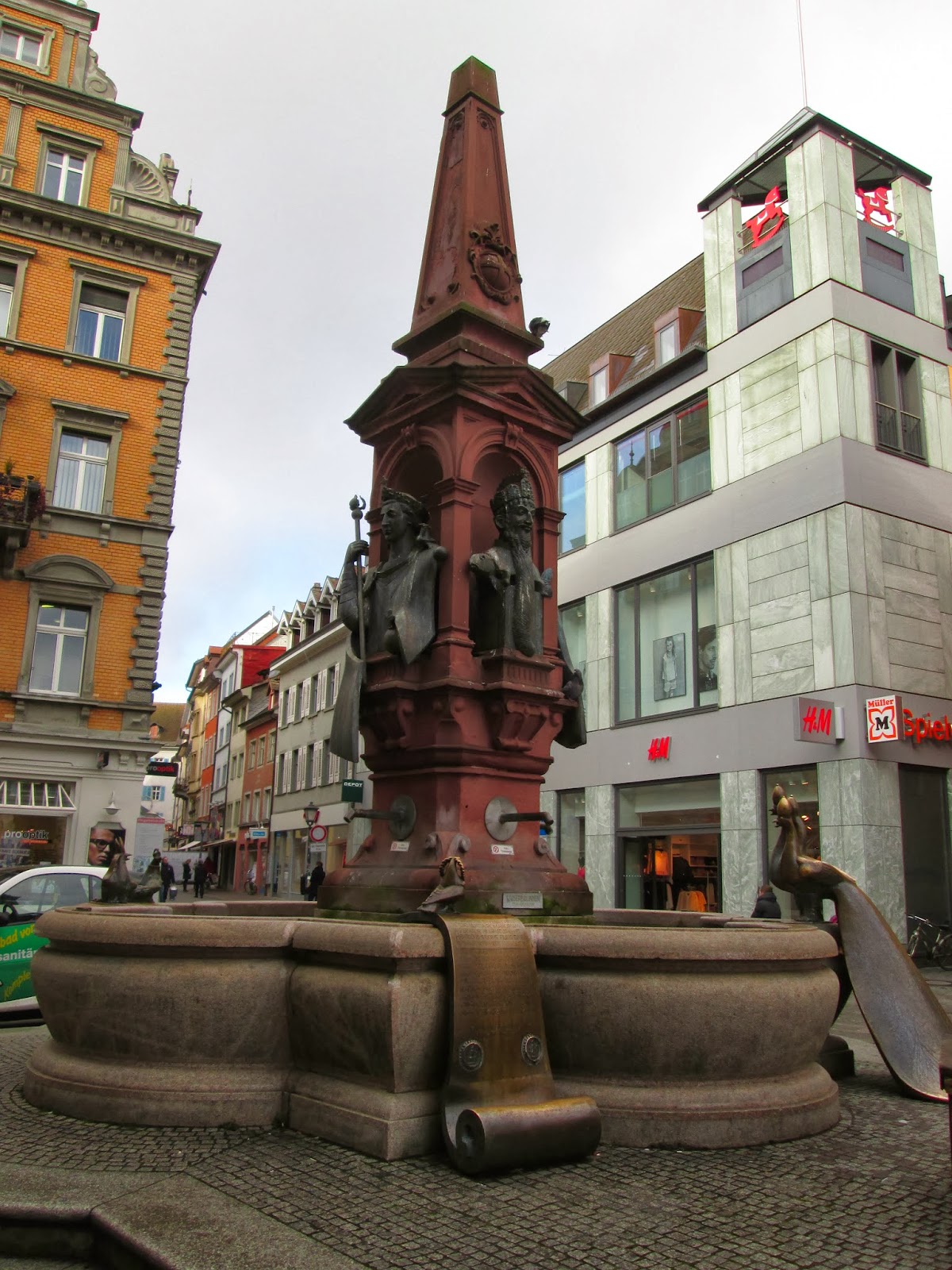 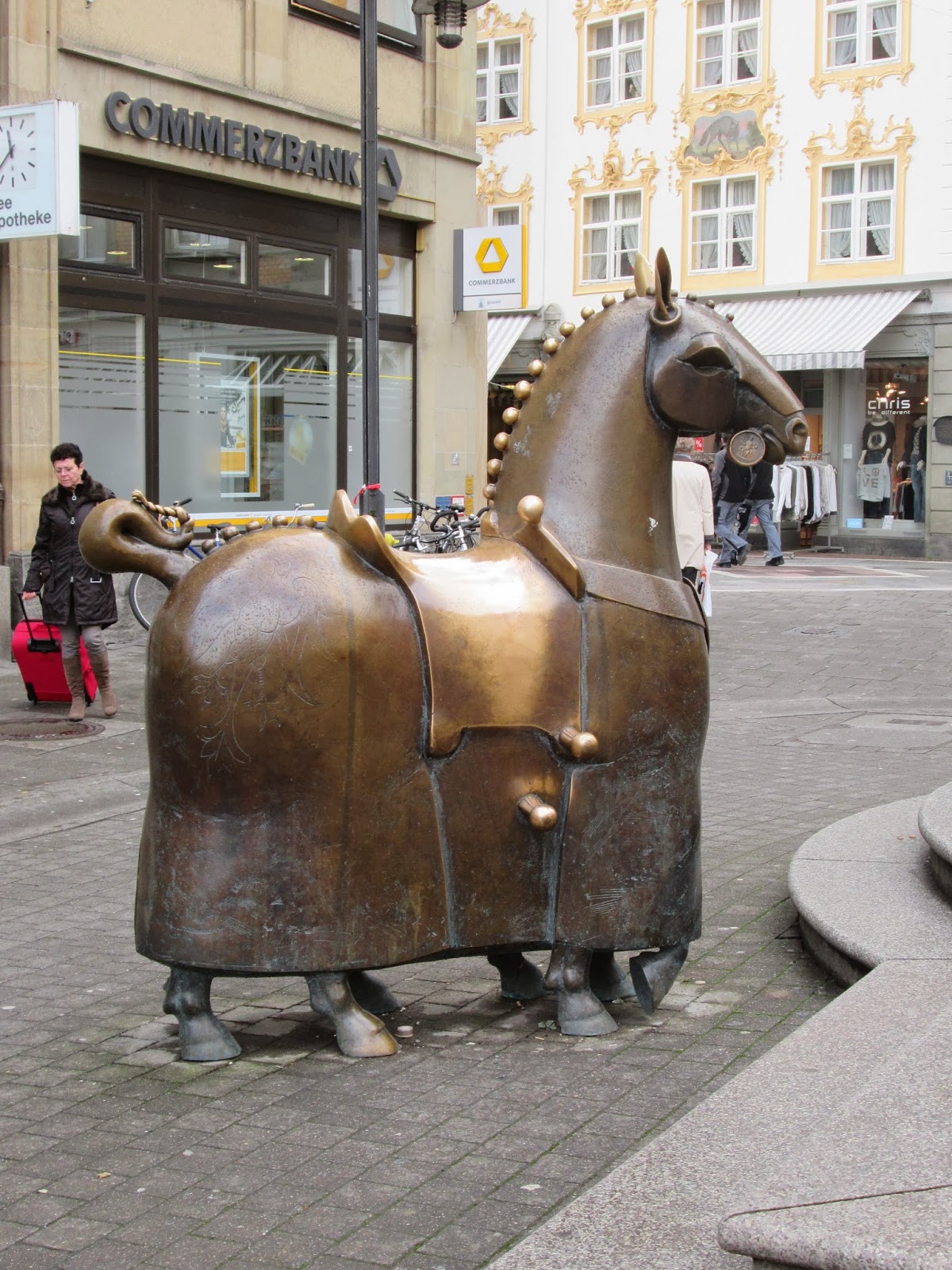 The horse isn't exactly part of the fountain, but it stood along side. We saw children sitting on it. No need to put in a coin, but then it also just stood there without moving.

There is always a church or two. 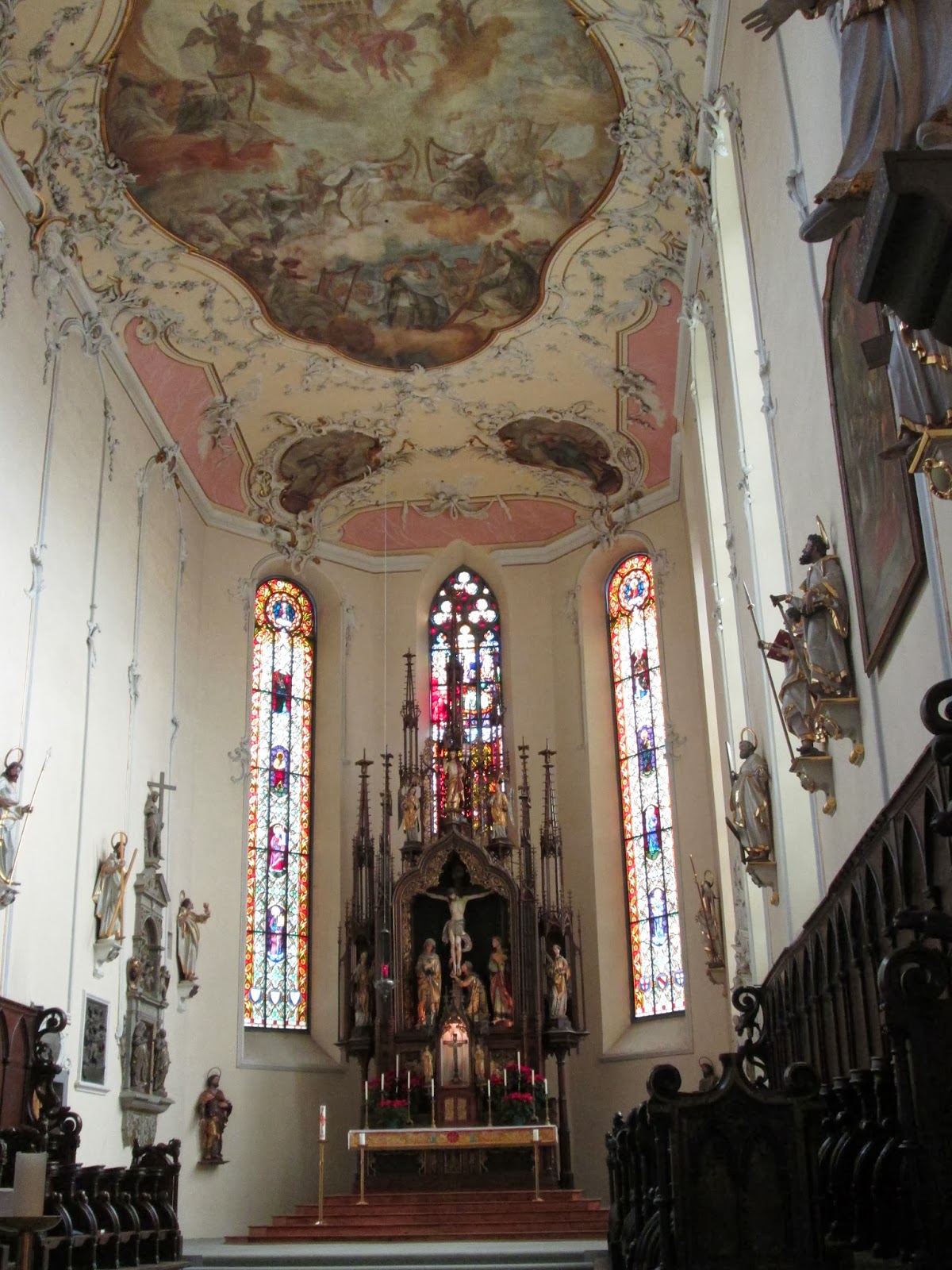 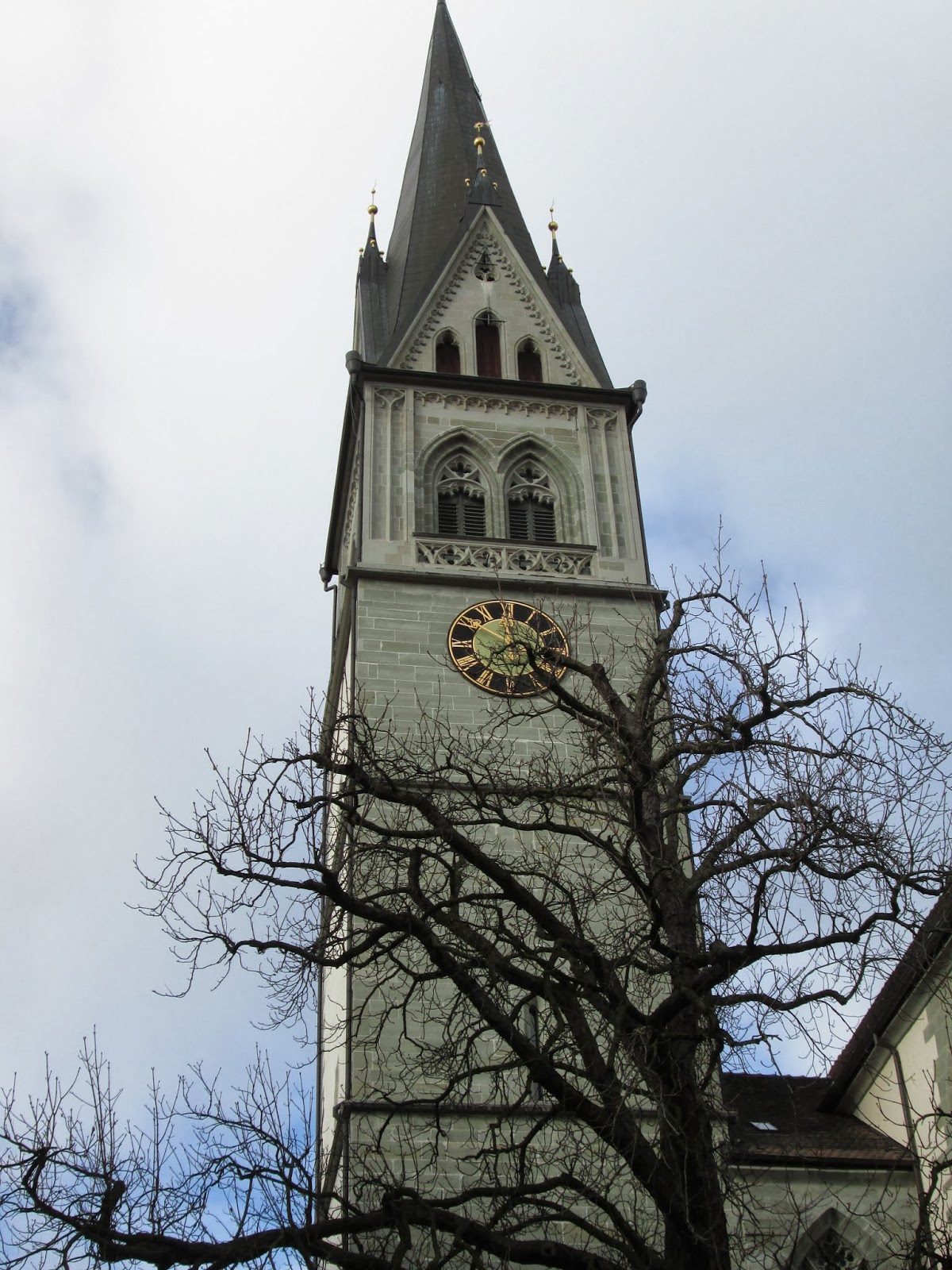 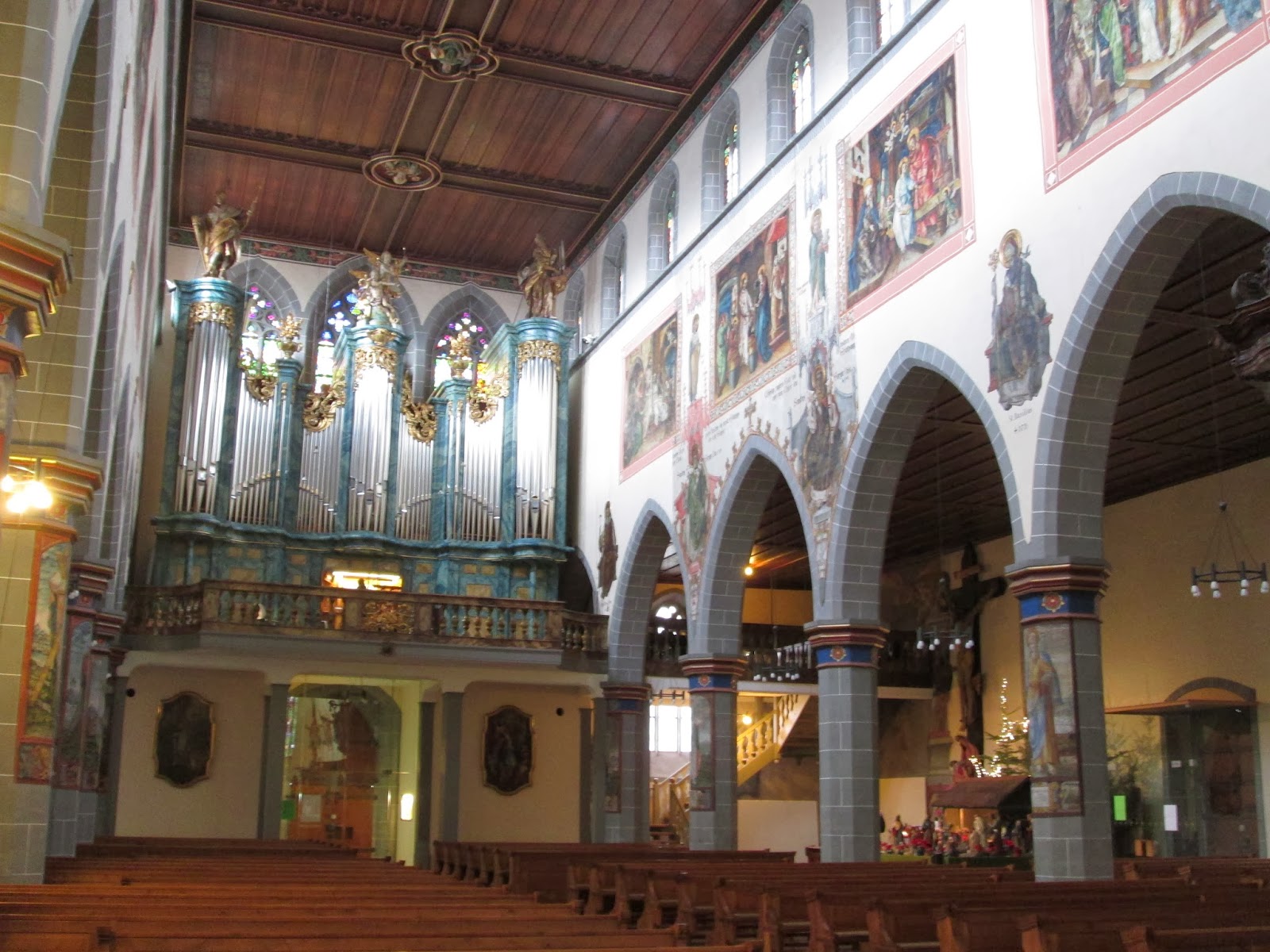 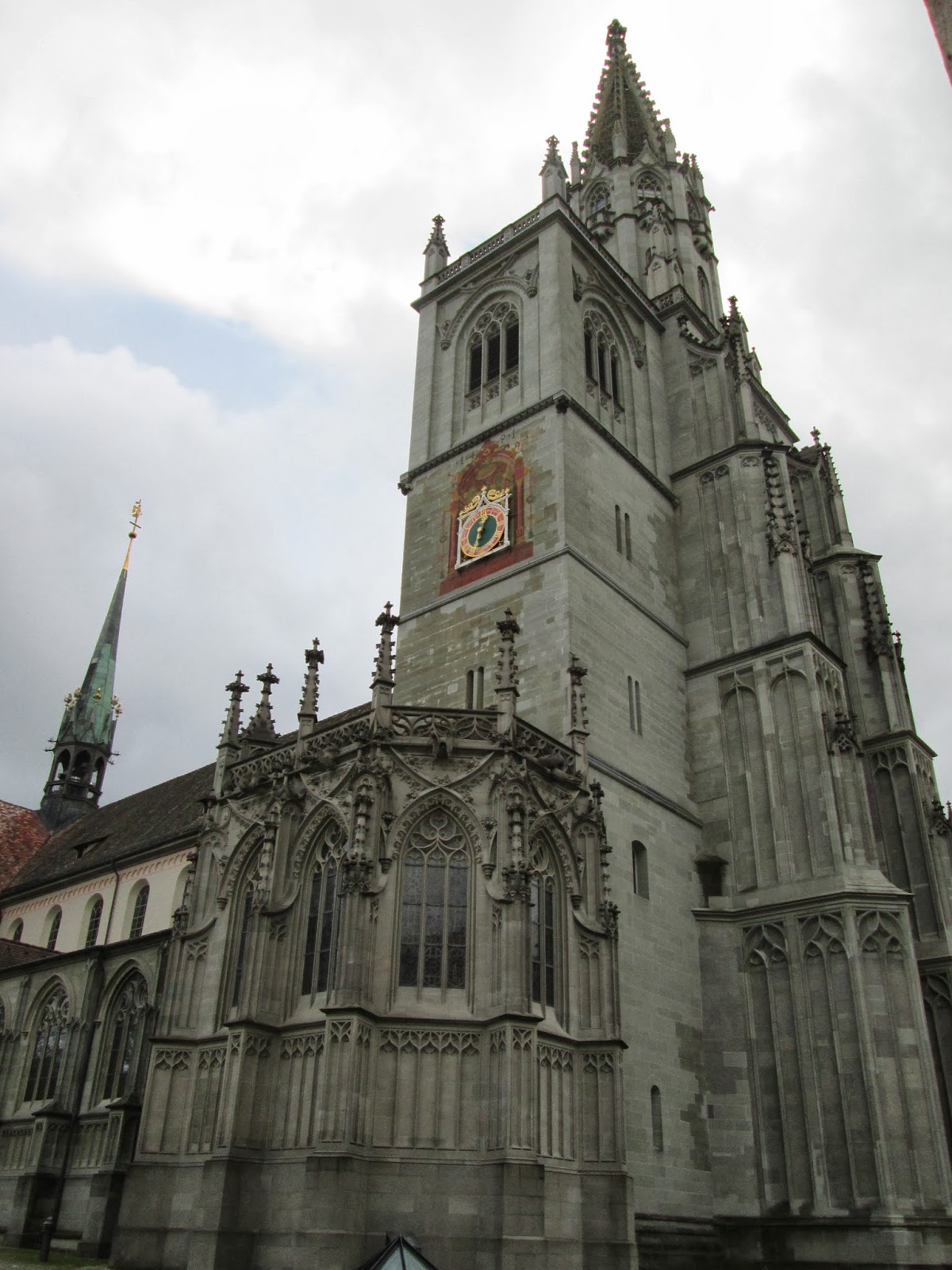 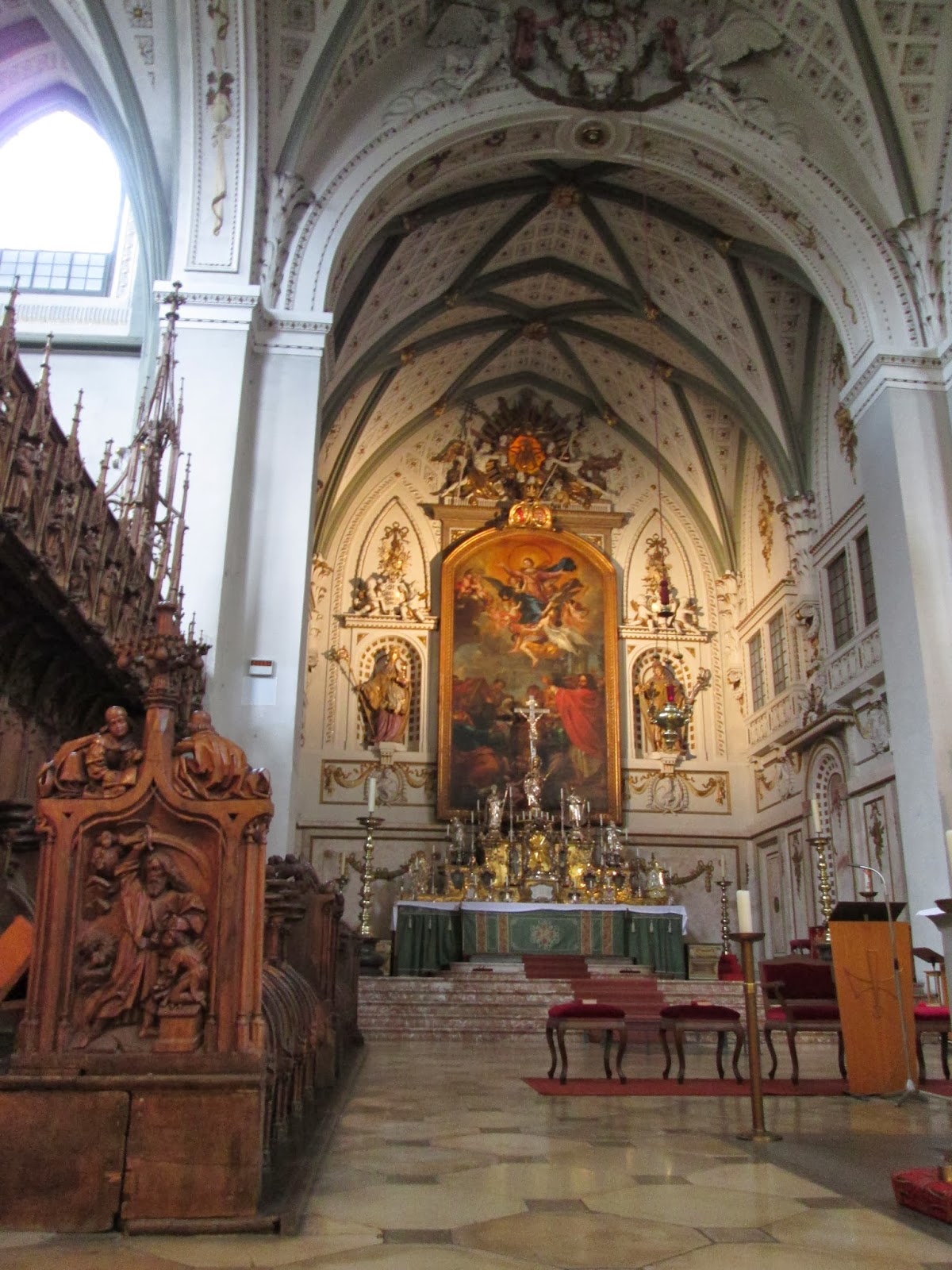 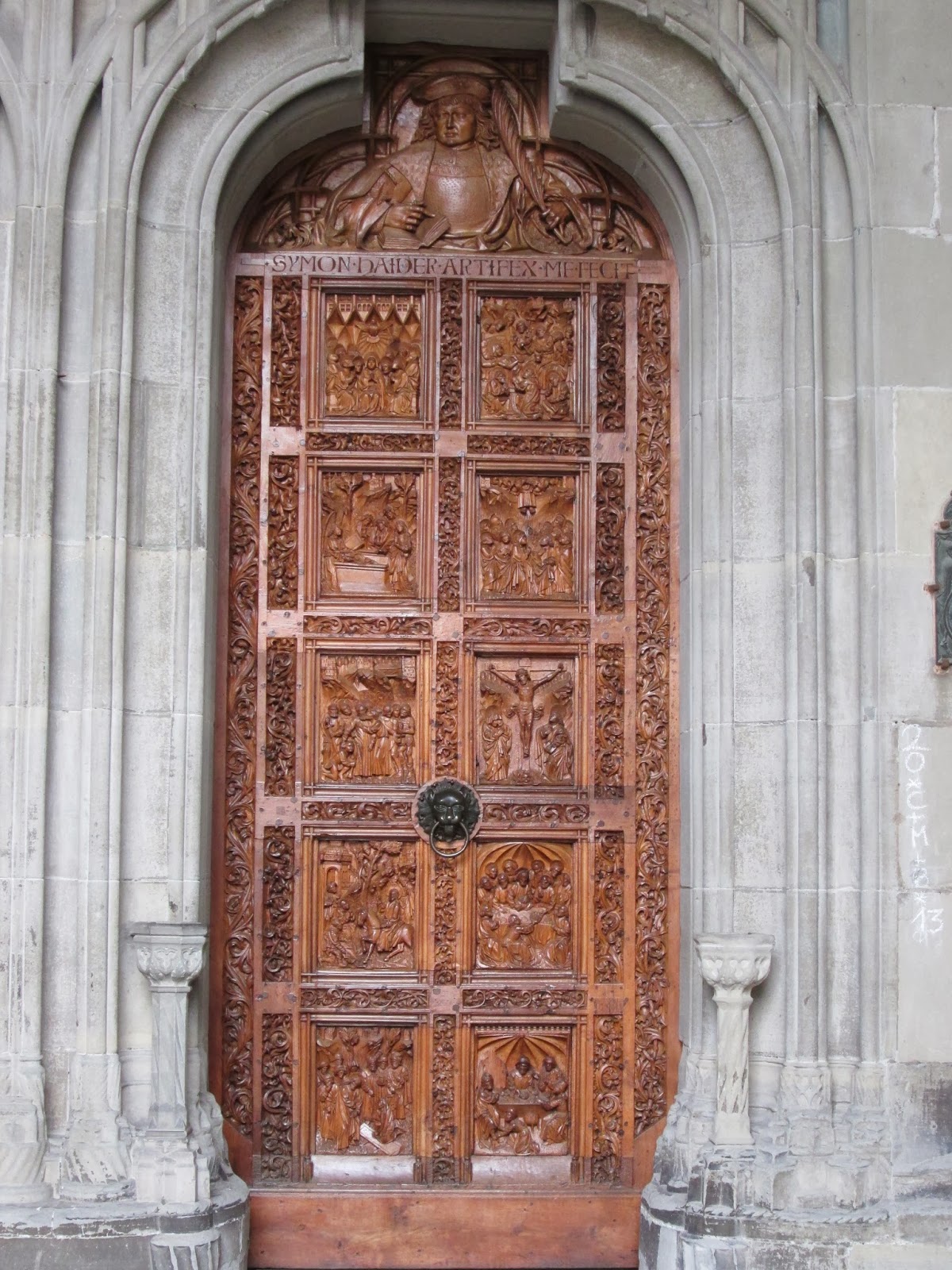 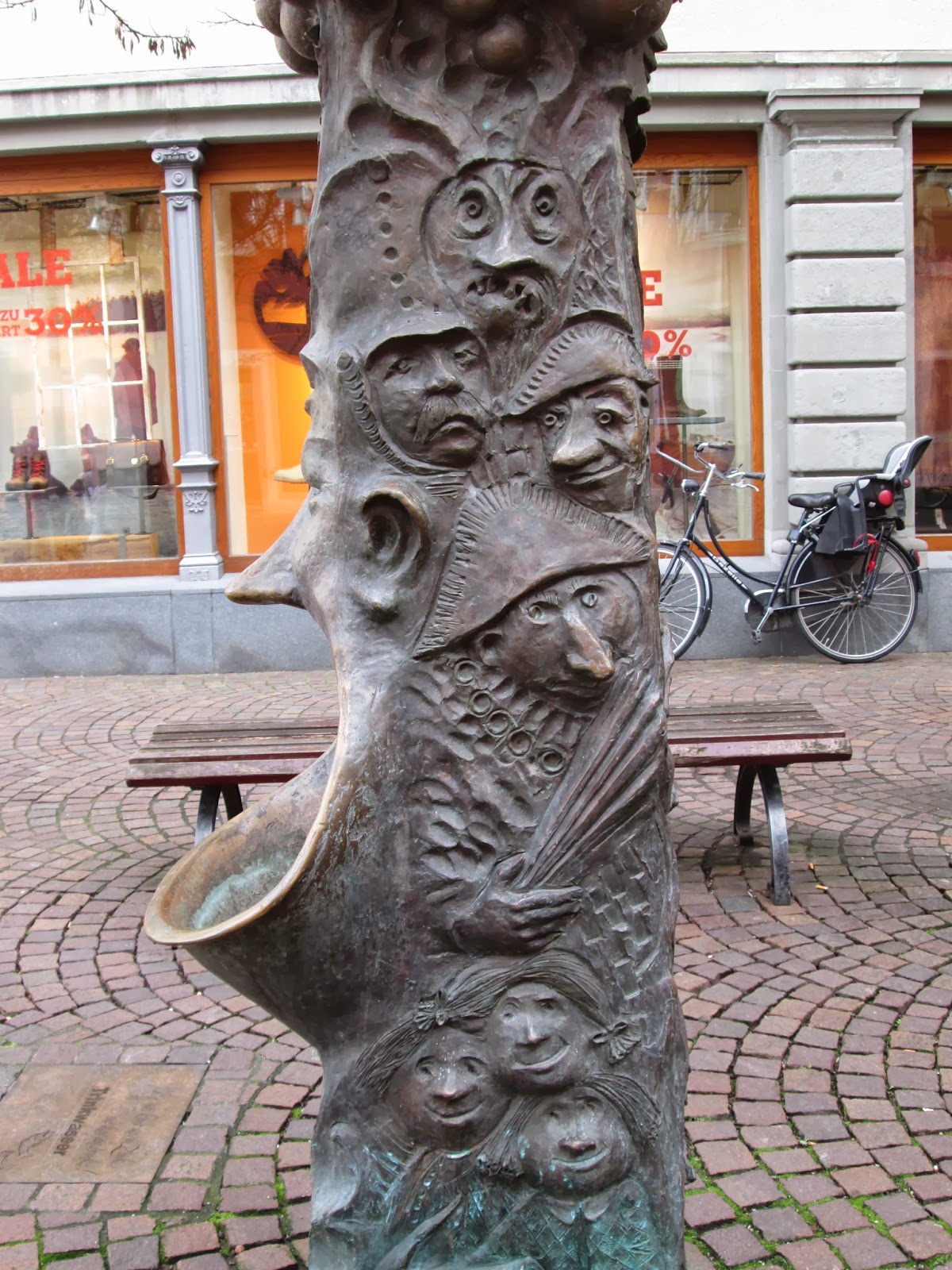 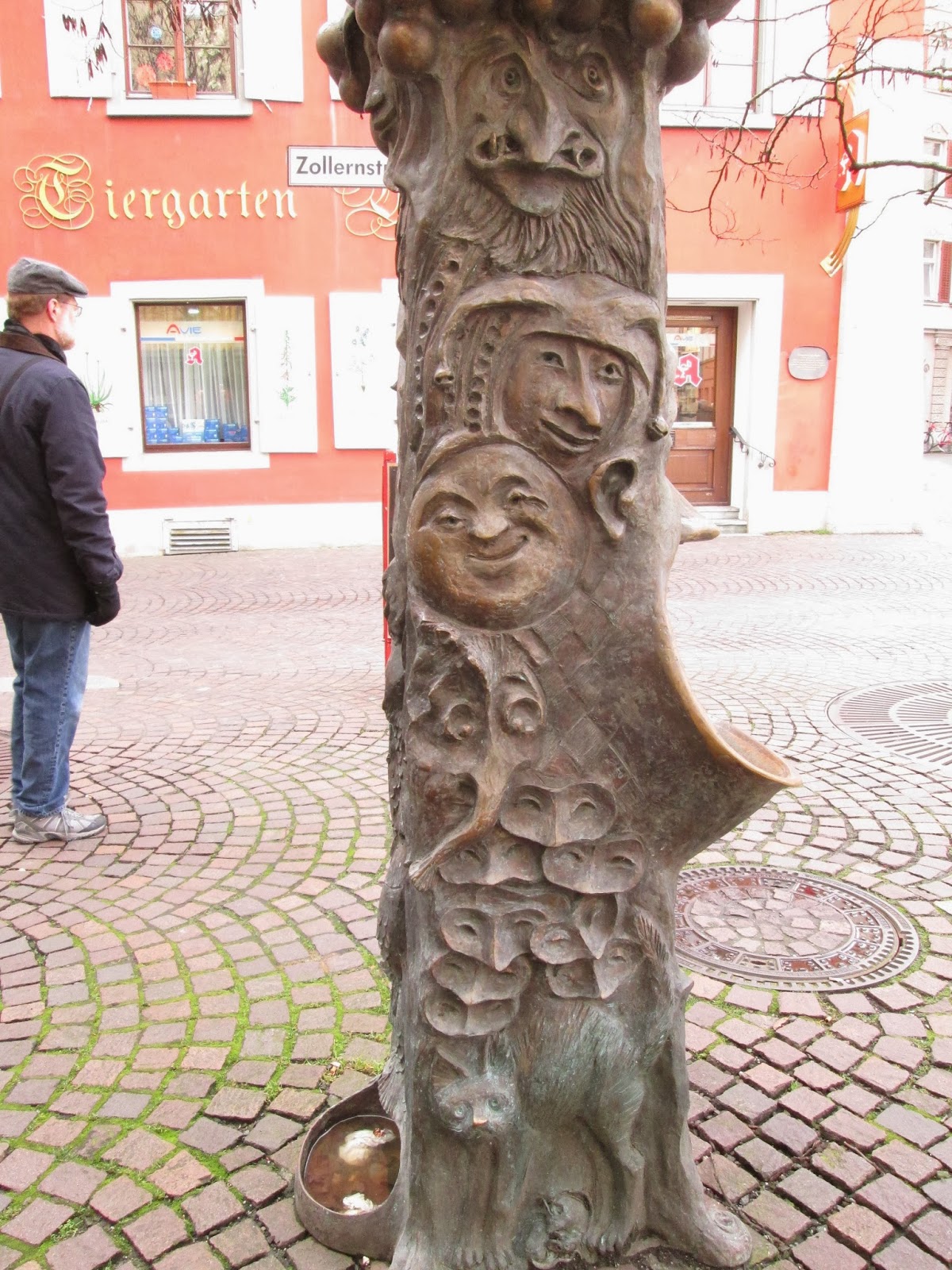 We happened to be in Konstanz on market day. The market was typical: vegetable and fruit stands, meat trucks and cheese trucks. Since there are plenty of apple orchards in this part of the world, the farmers often make juice. I'd never seen it for sale like this before. At some stands, there were bottles provided and at others you needed to bring your own. The juice is in big drink dispensers and you serve yourself. Can't imagine seeing that in the USA. 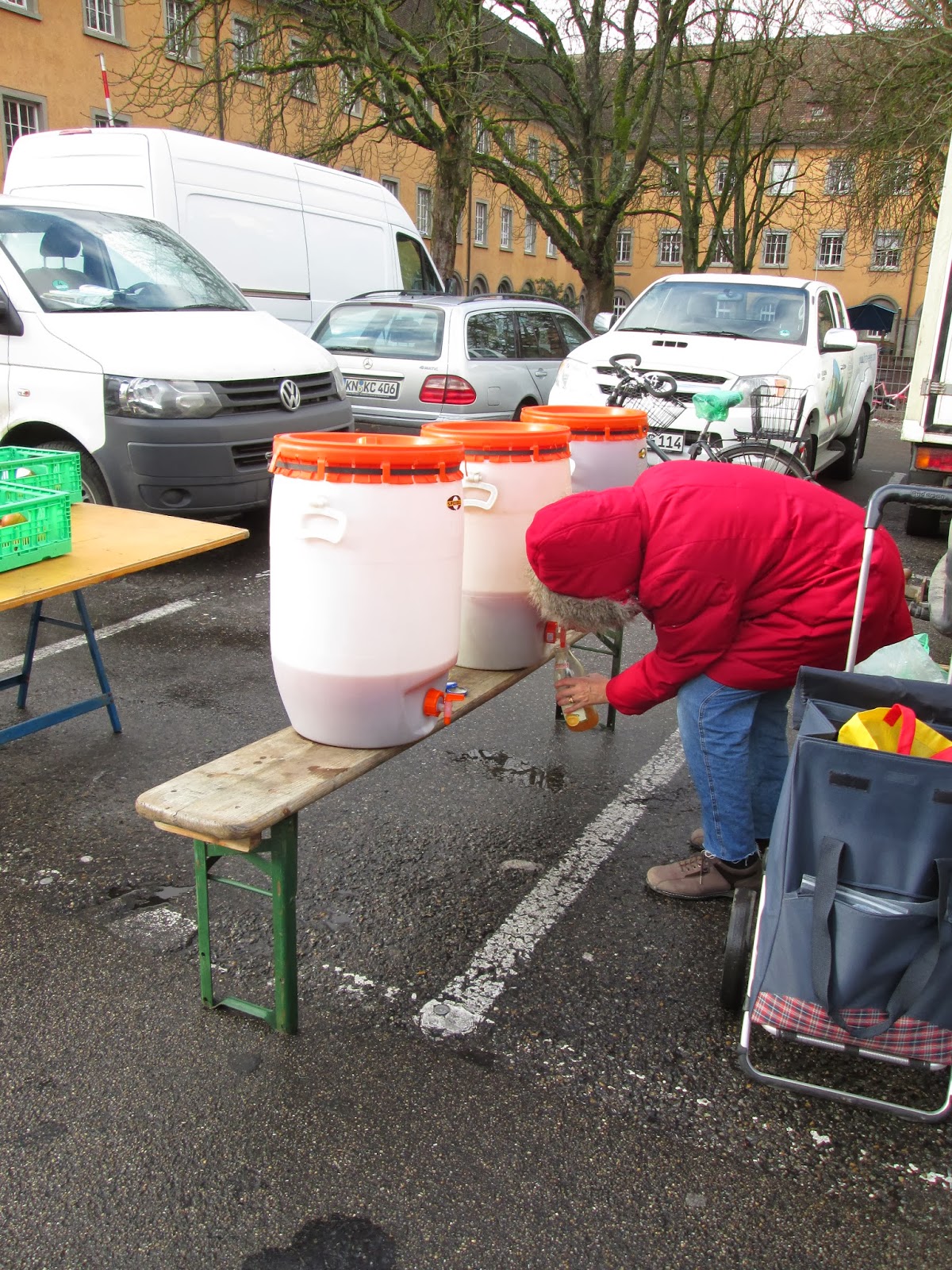 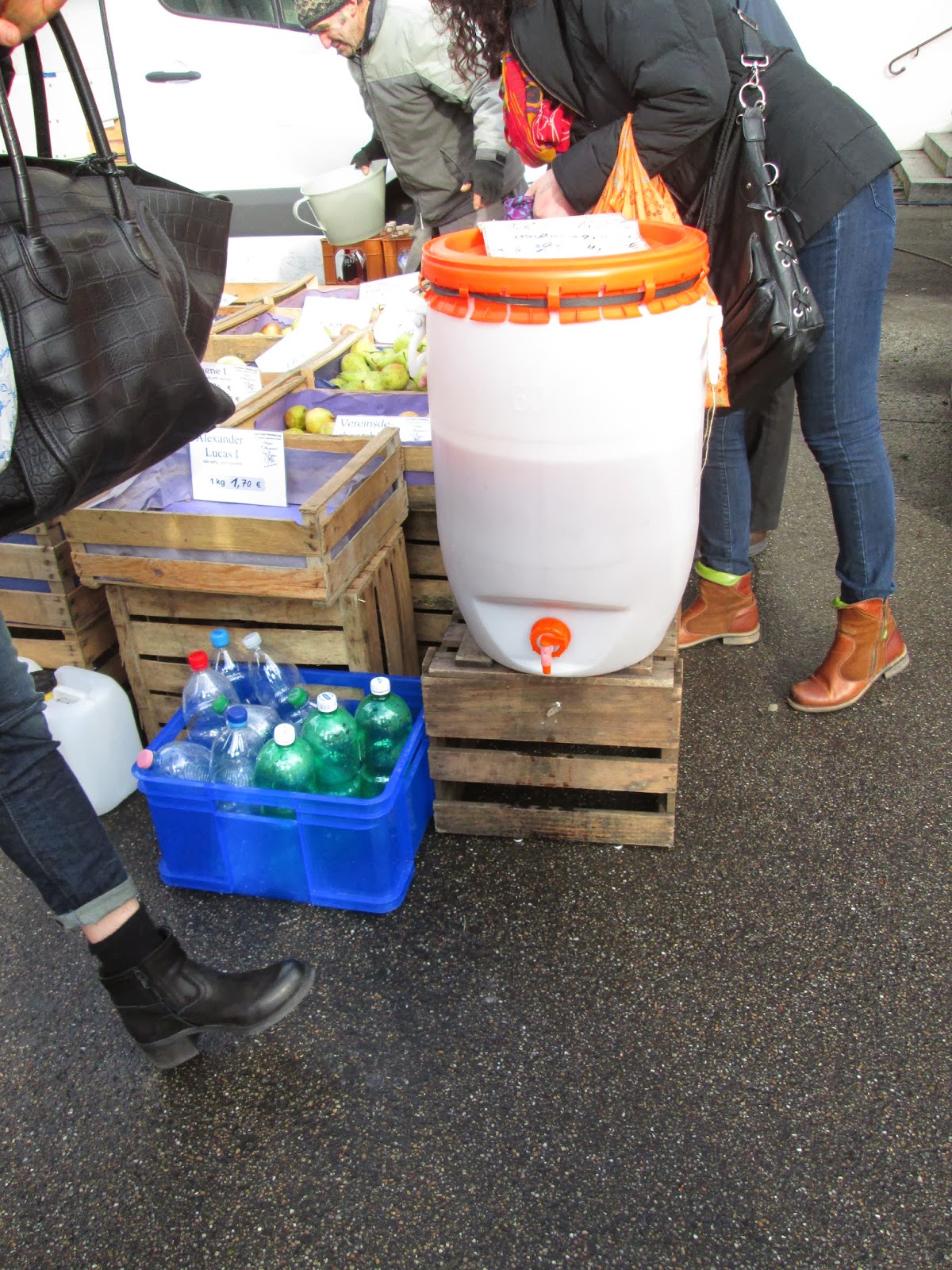 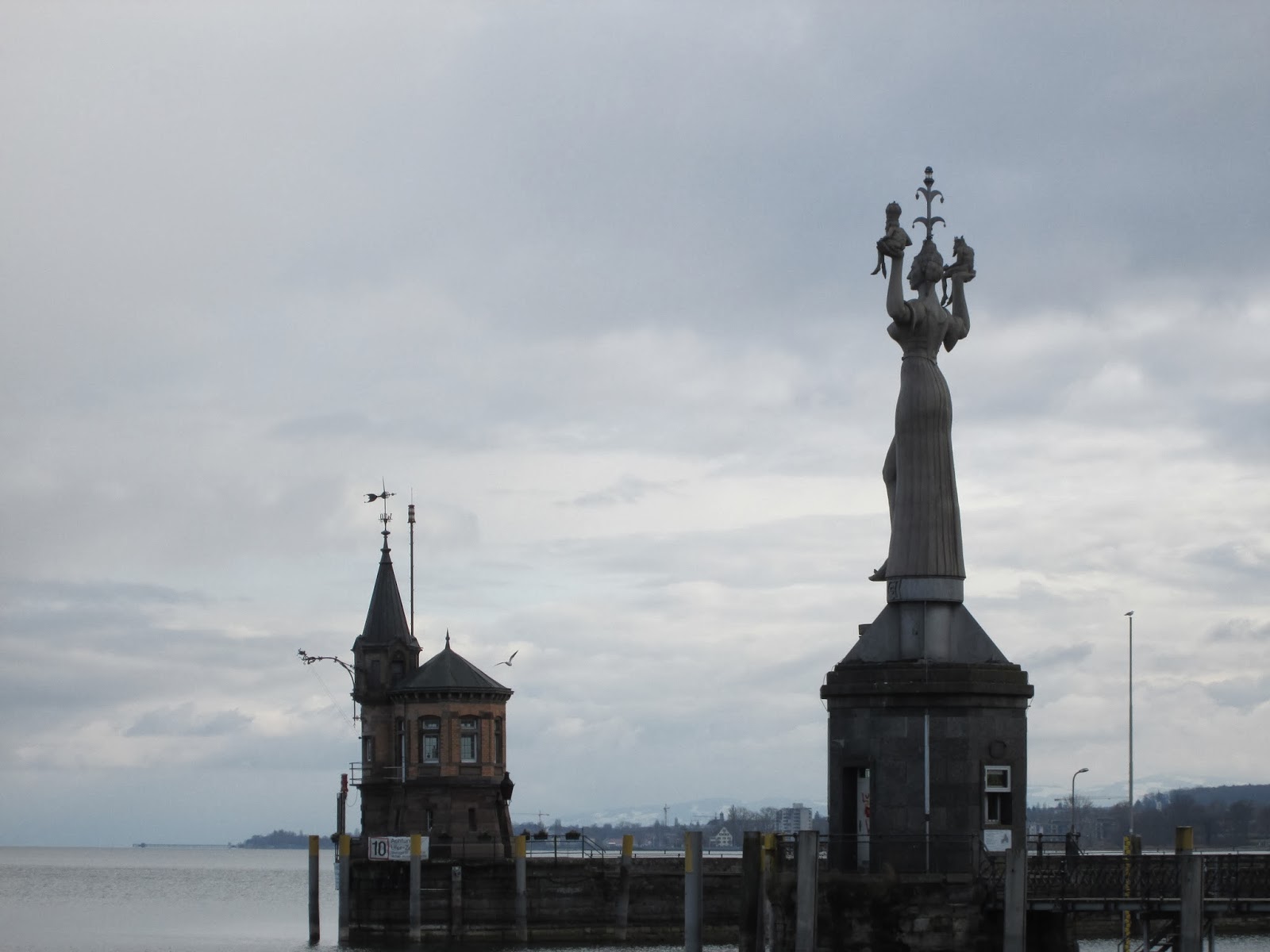 Imperia is holding two men dressed only in a crown and papal tiara symbolizing their power. 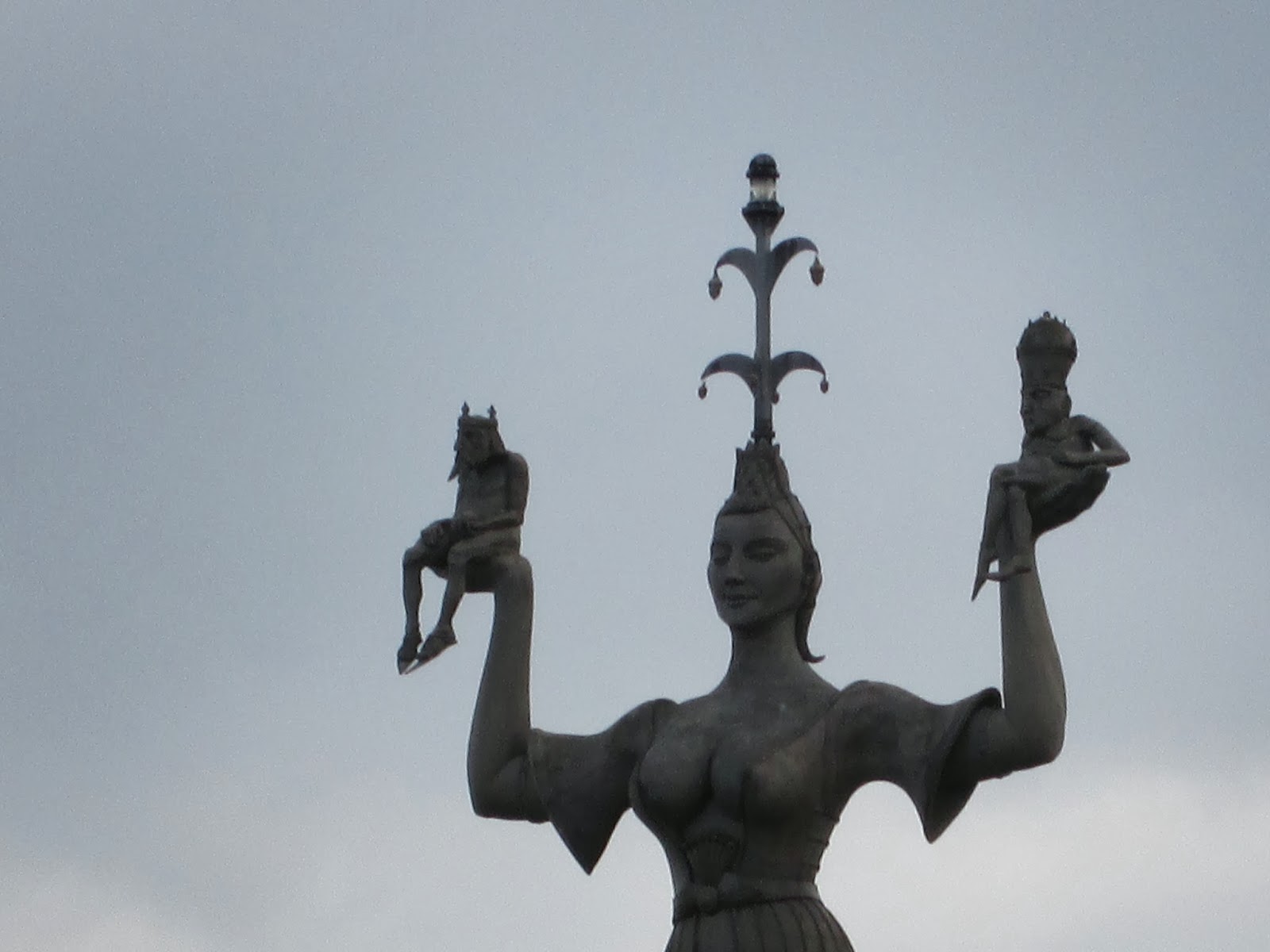 It was a nice trip over the border and we already ate some of the filet mignon we bought. It's uncertain whether we'll go again. If we have visitors who wants to be able to say they went to Germany or if we need to buy meat, we may be back.