Now that we have discovered the local schloss, we have since attended two chamber music concerts inside. The first was a varied soprano and piano program - some folk songs, classical repertoire, some sacred music and one Broadway tune. It gave us a chance to see the inside of the schloss (nothing like Versailles, this is much smaller scale and not so elaborate) AND it was free!

This past weekend, we went back for another concert, but sadly we were forced to pay! Darn. We'd seen the advertisement for Orgeln (organ), Gesang (singing) and Zink (huh?). Reading what I could find on the performer, I determined it had to be an early kind of trumpet. Sure enough, the English translation is cornet, although bears no resemblance to the modern cornet with the exception of the mouthpiece. He played two different zinks, one longer and lower pitched than the other. Both appeared to be made of wood and were open holed. They resembled recorders more than any other instrument. 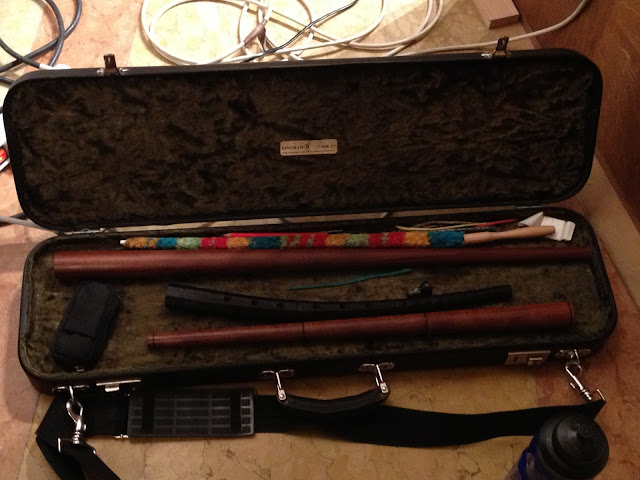 We were treated to a mixture of sounds. Some works for just organ, some for organ and voice, some organ and zink and a few for all three. There were two organs played as well, both early instruments. One required the organist to start the bellows before she played. She had to stand to play it and keep her foot going on the pump for the bellows. Neither of the organs had pitched pedals as seen now. 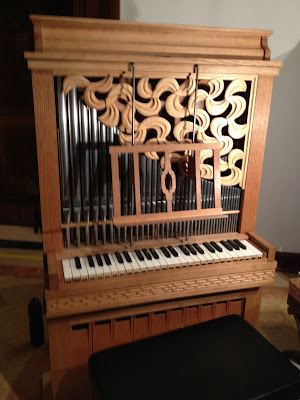 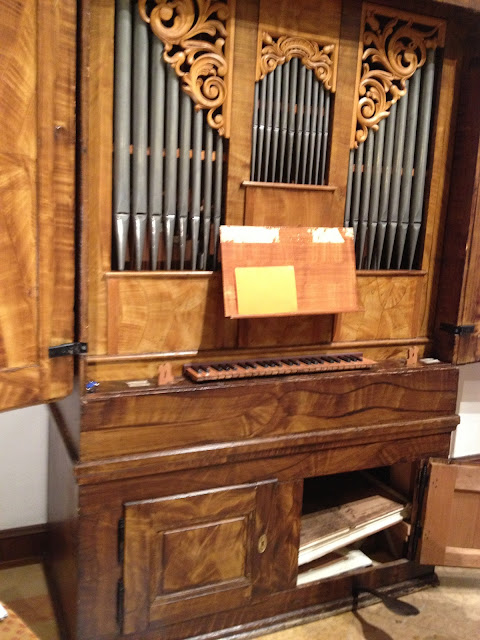 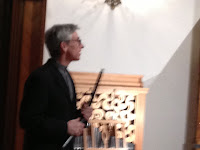 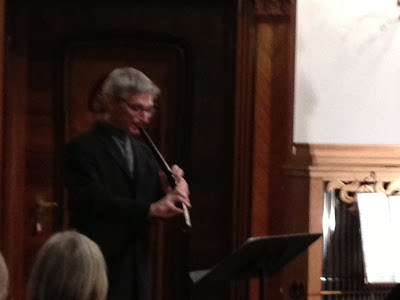 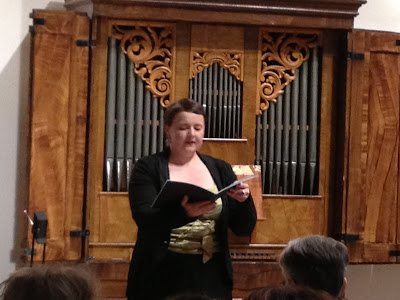 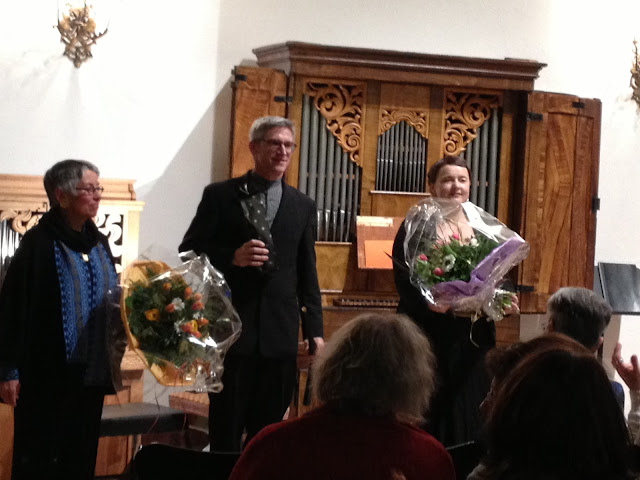 (Schloss translates as castle or palace. In this instance, we'd label it more like a chateau. It was probably someone's vacation home. I'm pretty sure no one lives there. You can rent it out for various functions and hire in a caterer. The garage looks like it has rented apartments above - for groundskeepers I would guess. They also have a boat house on the lake. All very nice to be able to walk around the property in a park setting.)